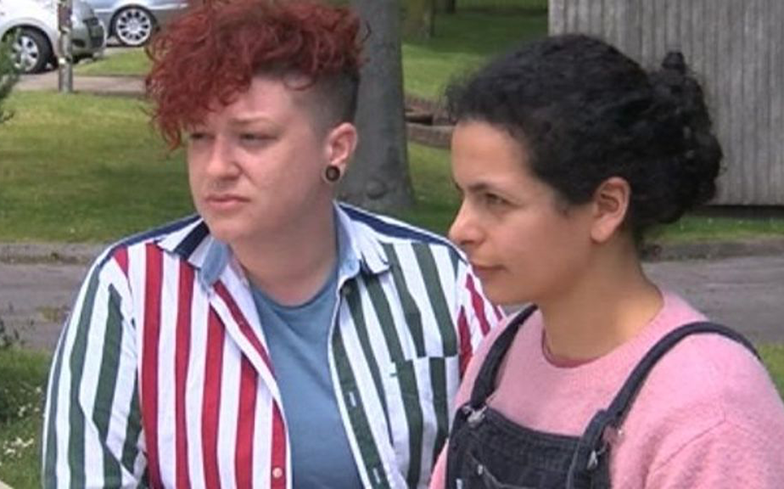 “Our community shouldn’t have to tolerate this. This is why we have Pride.”

Two queer actors were attacked on Saturday afternoon (8 June) in a “cowardly, homophobic hate crime” whilst on their way to a theatre performance in Southampton.

As they kissed in the street, Lucy Jane Parkinson and Rebecca Banatvala – who currently star in the acclaimed LGBTQ play Rotterdam – were pelted with stones and verbally abused by unknown assailants in a passing car.

Parkinson suffered minor injuries and the performance was cancelled.

“The attack happened because we were embracing,” said Parkinson. “There’s no mistake that this was a homophobic hate crime. “It was a cowardly attack as it was a moving car. Our community shouldn’t have to tolerate this.”

She rightfully added: “This is why we have Pride. We should take all steps we can in the education system to help to eradicate this aggressive ignorance from strangers to other strangers.”

The production company behind Rotterdam said in a statement: “We are devastated that this kind of behaviour is still so prevalent, a fact which reinforces the importance of this play’s message.

“The production have requested anyone with relevant information should contact the local police and assist with the inquiry.”

Hampshire Police have confirmed that the attack is now under investigation.

“We have received a report from a third party relating to an incident which happened on Hill Lane, Southampton,” a police spokesperson said. “It has been reported that homophobic abuse was shouted at two women, and stones thrown at them, by the occupants of a passing car.”

Sam Hodges, the director and CEO of Nuffield Southampton Theatres, said he was “extremely sad” that this kind of behaviour is still prevalent, in a city “where we’ve worked so hard to promote a culture of tolerance, inclusivity and civic pride”.

He continued further: “Our thoughts are with the two actors in question and with the whole company. This only makes us more determined to tell these important stories on our stages.”

It comes just days after a lesbian couple were viciously attacked by a group of men on a London bus for refusing to kiss each other for their entertainment.