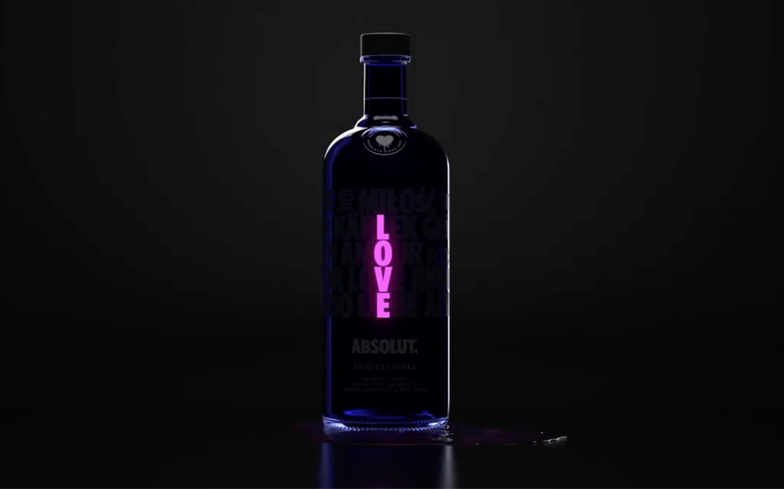 When National Vodka Day came around in the US recently, Absolut were expecting a certain homophobic organisation to chime in with their bigoted views like they always do.

Like clockwork, on 4 October the Westboro Baptist Church posted a tweet criticising Absolut for their rainbow-coloured bottles, which are released annually to coincide with Pride season.

“Throwback Thursday to when we protested outside local liquor stores to make the point that any level of sin-enabling is still soul-damning sin!” the hate group tweeted, along with a picture of the Absolut bottle and two signs reading “God hates drunks” and “God hates Pride”.

However, as we mentioned Absolut were fully expecting a reaction from the WBC and waited for the moment to unleash a new campaign to tear their hate apart.

In response, the vodka brand tweeted a video announcing a new bottle that has been decorated with ink collected from hate group signs and re-used to spread a message of love in 16 different languages.

“Absolut and other brands have often talked a lot about these issues—we wanted to turn it into our product,” said Craig Johnson, Global VP of Marketing at Absolut.

“If they choose to use our brand in a hateful way, we wanted to be forthright and not let their usurpation of our bottle go [unchallenged].

“It was the perfect opportunity to show how we can turn hate into love.”

So how did they achieve this?

For five months between 2017 and 2018, Absolut attended hate group rallies across the world, including demonstrations in the UK, US, Australia, Germany and Bulgaria to collect as many signs as possible.

They then extracted about 60 millilitres ink used to promote homophobic, racist and sexist messages, and then mixed it into the ink used to print labels for their colourful bottles.

“We believe brands have a role to play in the current social discourse. Absolut has always stood for inclusivity,” Johnson said.

“We’re not going to negatively comment on other people, other groups and their believes, but we are certainly going to talk about our values and our believes.”

Now that’s something we can raise a glass to.