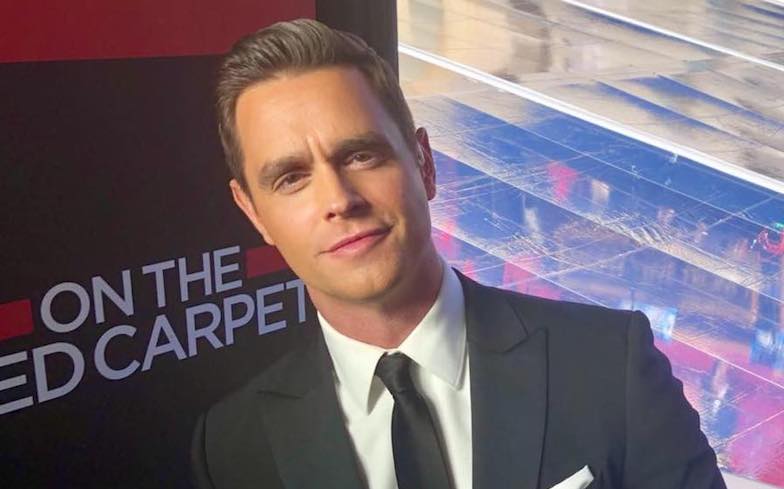 “Here’s the thing. I’m me. I’m just like you. I have a big heart and I want to be loved and accepted.”

ABC reporter Karl Schmid has come out as HIV positive in a touching and heartfelt Facebook post.

The Australian journalist – best known for covering Hollywood’s human interest and entertainment stories, such as the Oscars – has received praise for bravely opening up about his status.

“I’m a 37 year old HIV+ man who has been poz for almost ten years. I work in television,” he said. “And on the side of the camera where, for better or worse it’s considered “taboo” for people “like me” to be “like me”.

“For 10 years I’ve struggled with “do I or don’t I”? For ten years the stigma and industry professionals have said, “don’t! It’ll ruin you”. But here’s the thing. I’m me. I’m just like you. I have a big heart and I want to be loved and accepted.

“I may be on TV from time to time, but at the end of the day I’m just an average guy who wants want we all want. To be accepted and loved by our friends and family and to be encouraged by our peers.”

He continued: “So here’s what I say, stand tall, and stand proud. You can’t make everybody happy but you can make you happy. And so long as you tell the truth, you will never have to remember anything. Labels are things that come and go but your dignity and who you are is what defines you. I know who I am, I know what I stand for and while in the past I may not have always had clarity, I do now. Love me or hate me, that’s up to you.

“But, for anyone who has ever doubted themselves because of those scary three letters and one symbol, let me tell you this, you are somebody who matters. Your feelings, your thoughts, your emotions count. And don’t let anybody tell you otherwise. I’m Karl Schmid, and I’m an HIV-positive man!”

Schmid thanked fans for their support in a follow-up message on Twitter: “Today has been insanely overwhelming. I had NO idea that me sharing something would have such an impact. For those of you who dm’d with your stories THANK YOU.”

Today has been insanely overwhelming. I had NO idea that me sharing something would have such an impact. For those of you who dm’d with your stories THANK YOU. Tonight, I’m hanging out with my best friend and enjoying the talent that is @taylormacnyc in DTLA pic.twitter.com/6X07KVsOaN