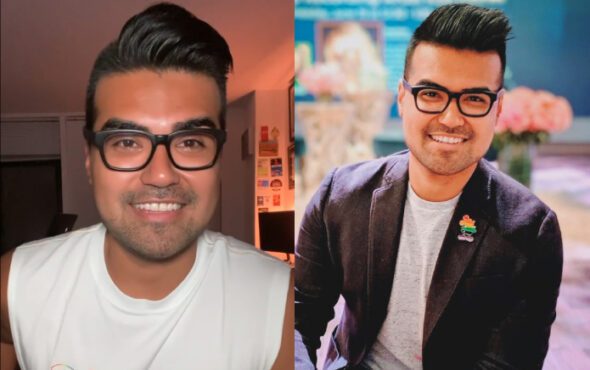 ABC News producer Tony Morrison has opened up about his HIV status in a powerful and moving statement.

The 31-year-old released his essay via Good Morning America and revealed that he had been living with HIV for the past eight years.

“It has taken me eight years and a global pandemic to be able to articulate those words confidently and put to paper,” he wrote.

“And I know that’s what society has probably whispered to you too, about people like me. I allowed myself to think my shame was justified. I accepted a life as a degenerate. And I convinced myself I could never be worthy of love.

“For eight years, I dealt with my diagnosis in hiding and I grieved in silence. Until now.”

Morrison went on to say that he was 23-years-old when he was diagnosed and had recently moved to New York City from Central Florida.

“It was the spring of 2013 and I had just officially come out as gay in a heartfelt Facebook post. I was free from hiding, so I thought, and was determined to finally live the life I had always wanted, “ he said.

When he noticed a HIV testing campaign in the city, he decided to get tested out of “curiosity” with an over-the-counter, at-home test.

After 20 minutes he received his result stating that he “felt completely numb and devoid of emotion” after finding out.

“The test result of HIV-positive sent me running back into the closet I had proudly come out just weeks before. And most notably, I remember feeling alone,” he explained.

After seeing numerous doctors and specialists, Morrison said that he “landed in the care of a doctor” he would never forget.

“She was kind and patient and was the first to assure me that my life had only just begun. Most of all, she told me that I wasn’t alone,” he said.

“She explained to me what is now understood to be the concept of “U=U”:”Undetectable = Untransmissble.

“She also affirmed that I could live a long and normal life, contrary to the disastrous narrative in my mind.”

Later in the essay, Morrison went on to say that quarantine gave him the “opportunity for healing and for change.”

After revisiting himself and “embracing” every piece of him, he realized that he wasn’t only living but also thriving.

“You will never hear me say that I am, ‘HIV-positive’, you will always hear me say ‘I am living with HIV.’ Because living is what I’ve found I can do best,” he exclaimed.

Make sure to read his full essay here.