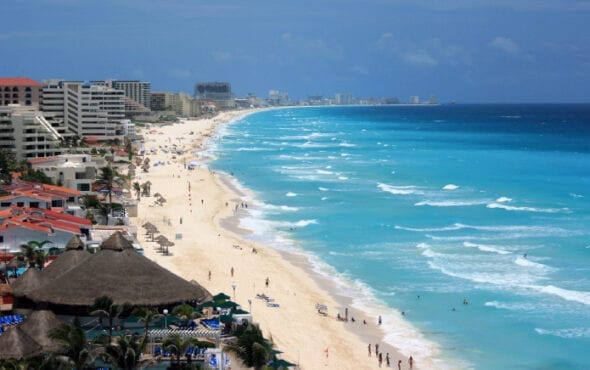 A young gay man in Cancún was killed earlier this month over his HIV-positive status.

According to a report from Plus, the victim was burned and tortured in Quintana Roo after he opened up about his status at a party.

The incident is currently being treated as a homicide with the leading suspect having already been identified. He is believed to have been the neighbour and tenant of the victim.

Edwin Reyes, a lawyer and member of the LGBTQ+ rights group Resilientxs, spoke about the tragedy with Presentes.

“This cruel case should not have happened. And it only tells us that the state has failed to legislate and create the necessary public policies to prevent, address and punish violence due to prejudice that exists in the state,” he said.

“That is why we raise our voices because Quintana Roo is not paradise, it is non-gay friendly. Things are happening here and not everything is luxury hotels, beautiful beaches and parties. They are killing us.”

Human rights groups like Inspira, MPact and Red Posithiva have also echoed the same sentiment by releasing a joint statement calling for action.

“This hate crime in Cancùn is not an isolated incident – just a week ago, a man in Mexico City was arrested by police after revealing his HIV-positive status to his girlfriend,” the statement said.

“These HIV criminalization laws breed a culture of fear, stigma and violence and swift action must be taken to end the laws and ensure the rights of people living with HIV are protected.”

Over the years, Mexico has become a hotbed for anti-LGBTQ+ violence. Figures released in 2020 by LGBTQ+ advocacy group Letra showed that 2019 was the deadliest year for five years in Mexico for the LGBTQ+ community.