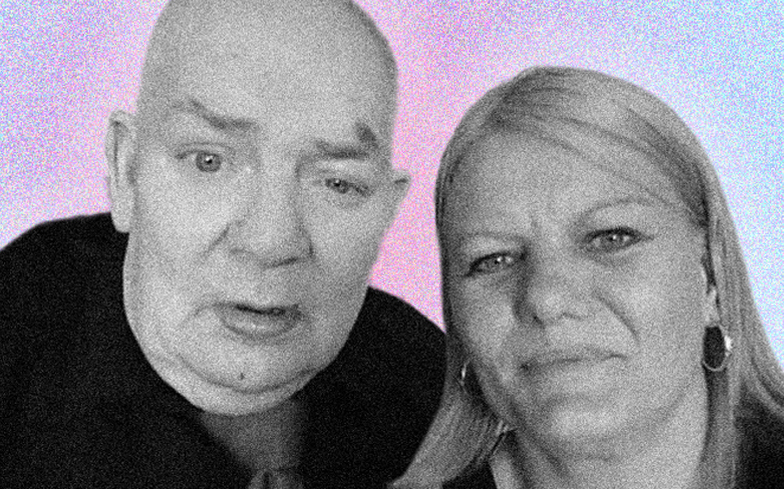 Terrence Slimm passed away at home on Thursday 9 April at about 6.30pm.

You won’t have heard of him. He wasn’t rich or famous. But he was a proud gay man, and part of our community. He was born in the East End and grew up in an orphanage. He leaves behind a few friends who remember him with deep affection; Barbie, Gina, Eileen, and me.

Terry had a hard life. But he made the most of what he had. When he spoke of his childhood, he didn’t tell me about the hardships of not having a mum or dad to look after him. Instead he told me tales about the family he made for himself, in the boy scouts. He’d sit back in his chair, with a whisky or a vodka, and talk about his adventures as a young lad and how he went on to lead the scouts as young man.

From there he worked in the old rag trade, where he had a few run ins with gangsters, and their wives and girlfriends. The Kray brothers, he once told me, never set out to hurt anyone. It was a colourful period in his life, full of fashion, glamour, twists, and turns.

For most of his career he was a railway man, and he kept a retirement photo in pride of place on his mantlepiece. He dreamed of using his free railway pass to one day get on a train and go to the coast where he would stay in a B&B and have fish and chips.

But he also loved to party.

With Terry, I learned about the 70s leather scene, and the handkerchief code. In and amongst wild times in Brixton, he also had one long term relationship, and he loved him. But his boyfriend had to move away to a different city, and eventually they lost touch.

I met Terry in the last chapter of his life, living in a flat in the top floor of a house in Finsbury Park. It wasn’t practical. Terry suffered from severe breathing and leg problems which made leaving the top floor pretty much impossible. But whilst there, he struck up a firm friendship with his downstairs neighbour Gina, who became both his devoted friend, and his carer. He reminded her of her own father. And in his last hours she slept beside him, held him, and wouldn’t leave his side.

Although his health deteriorated in his final years to the point where he lived mostly in one room, we had good times together. He adopted a cat he called Sooty, and he had his flat redecorated in a host of vibrant colours by Gina. As a young man he had painted his Brixton flat red and black, but this time chose pinks and lime greens. We would watch Midsomer Murders together and (mostly for my benefit) homes under the hammer. He even managed to make it to a party in the garden, and once celebrated his birthday in full drag.

In his final days, it was ABBA, Cilla Black and The Beach Boys that soothed him. As he drifted out of consciousness, he softly moved his lips along to his favourite songs, I hope, having a party in his mind.

Terry was a hard-working, fun-loving, tough, big hearted man. He comes from a generation where many of his friends went well before their time in the AIDS crisis, and when having a partner and a family was hard. As a result, many people like Terry are invisible in our community today. They laid the groundwork for us, but they leave us without a trace. They live socially distant lives, every day, but not by choice.

So when this lockdown lifts, and you meet up with your gang, or go out for a dance, please think of Terry and our LGBTQ elders. They are our ancestors and they gave us our life.