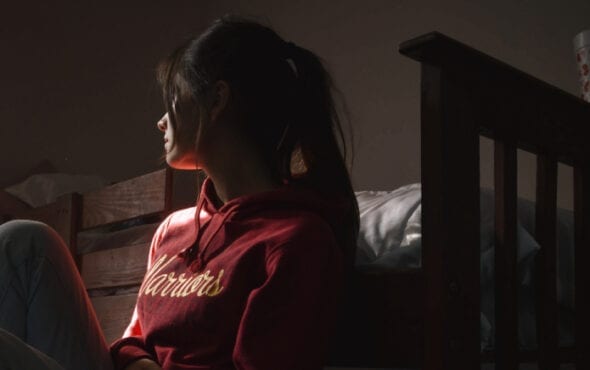 According to Just Like Us, a third (31%) of young pansexual people are experiencing daily tension at home.

As part of a larger report into inclusive education and the experiences of queer students, the charity for LGBTQ+ youth conducted several surveys across 375 schools in the UK, which saw 2,934 pupils aged 11-18 take part.

Of the pupils surveyed, 1,140 said they identified as LGBTQ+.

According to their research, the number of pansexual people facing “daily tension” at home, such as arguments with family, is a significantly higher number than most young LGBTQ+ people generally (25%) and non-LGBTQ+ people (15%).

The majority (67%) of young pansexual students admitted to having suicidal thoughts or feelings, while half said they’ve experienced depression (47%) and anxiety disorder (51%).

Only 53% of young pansexual young people said they have felt safe in school on a daily basis in the past 12 months – compared to 58% of young LGBTQ+ people generally and 73% of non-LGBTQ+ people.

When it comes to their future, 14% of young pansexual people have never felt positive. Again, this is a higher statistic than young bisexual students (10%) and students who aren’t LGBTQ+ (5%).

One in five (20%) young pansexual people also admitted to having an eating disorder, and a third (32%) said they’ve self-harmed.

As a result of the coronavirus pandemic, six in 10 (59%) young pansexual people said their mental health has worsened, and half (52%) said they’ve felt isolated from the people they’re closeted to.

Over half (53%) worry about their mental health on a daily basis.

Dominic Arnall, Chief Executive of Just Like Us, said: “Just Like Us’ independent research has found that LGBT+ young people are struggling disproportionately with mental health and wellbeing, tension at home and a lack of safety at school.

“We hope that this Pansexual Visibility Day we can raise awareness of the need for acceptance in school and at home, and we urge all primary schools, secondary schools and colleges to take part in School Diversity Week this 21-25 June to ensure all young people know that it’s OK to be LGBT+.

“Our independent research has found that LGBT+ young people who are also Black, disabled and/or eligible for free school meals face even more challenges when it comes to safety and acceptance as well as mental health – they need our support.”