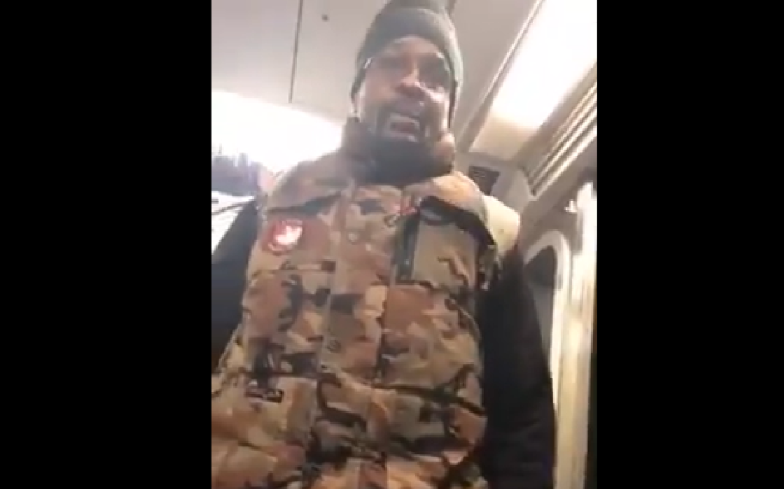 The assault was first reported on November 30.

A suspect who is believed to have carried out a homophobic attack on a lesbian has been arrested by New York City police and charged with assault as a hate crime and aggravated harassment as a hate crime.

The suspect, identified as Allasheed Allah, is reported to have gotten angry after witnessing two women share a kiss. Allah is reported to have hurled homophobic abuse at the pair, before following them off of the train. He is then reported to have struck his victim in the back of head, before shoving her to floor. The victim was taken to hospital, where it was confirmed that she had a fractured spine.

NYPD Crime Stoppers confirmed the arrest, tweeting out: “The Individual who was wanted for a Hate Crime in the @NYPD112Pct #Queens, has been APPREHENDED! Thank you to all #NewYorkers who called in tips. Together, we’re all Crime Stoppers!”

The Individual who was wanted for a Hate Crime in the @NYPD112Pct #Queens, has been APPREHENDED! Thank you to all #NewYorkers who called in tips. Together, we’re all Crime Stoppers! 👮🏽‍♀️🕵🏿‍♂️🕵🏼‍♀️👮🏾‍♂️#NYC @NYPDDetectives @NYPDnews pic.twitter.com/9FfYeUIK1s

Recent data released by the FBI has shown that hate crimes in America continue to be on the rise, as they rose by 3% since 2017. And out of all hate crime incidents, more than 16% of them are against the LGBTQ community.

Last month, rugby referee Gareth Thomas revealed that he had been the victim of a homophobic attack. Posting a video to his Twitter followers, he said: “This morning I have decided to make what I hope will be a positive video. Last night I was the victim in my home city of a hate crime for my sexuality.