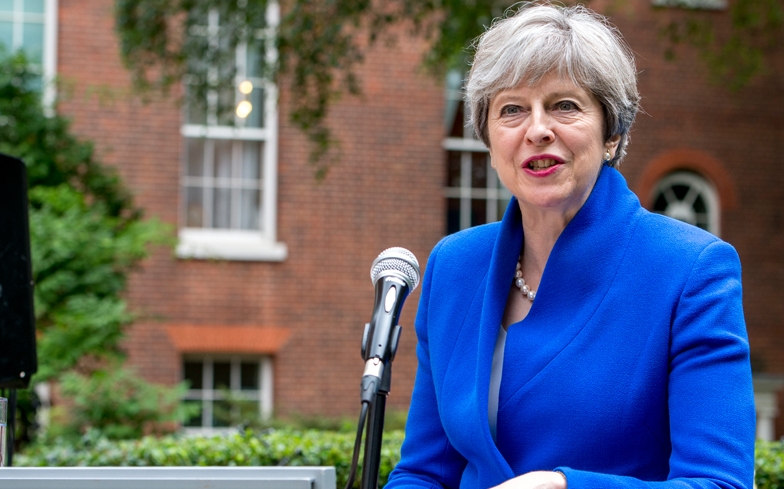 Pride is one of the most important events in the LGBT calendar. It’s a chance for communities across the country to come together, celebrate freedom and equality, and simply have a great time.

It is also a chance to look back and see how things have moved on in 12 months.

One answer that stood out to me was how many LGBT people said they avoided being open about their sexual orientation or gender identity in public, or with their own family and friends. I want to help make us a country where no one feels the need to hide who they are or who they love.

We will publish the full results soon. And while these findings might not come as news to many in the community, they do allow government to focus on what more it needs to do to tackle discrimination in every walk of life. Whether that is at home, in the playground, in the workplace, or in public.

That is why we will also publish an LGBT Action Plan this summer. It will set out concrete steps the Government will take to improve lives for LGBT people in this country and address some of the injustices the community has faced.

We’ve also engaged with experts to understand better the limitations of the current system of gender recognition and will soon publish a public consultation on how we best reform the process. Trans people still face indignities and prejudice when they deserve understanding and respect.

There’s lots to do – but the UK can be proud that we are a world leader in advancing LGBT rights. At the Commonwealth Heads of Government Meeting last month I spoke about how discriminatory laws made many years ago continue to affect the lives of many people. Those laws were wrong then, and they are wrong now. And as the UK’s Prime Minister, I expressed my deep regret for both the fact that such laws were ever introduced, and the legacy of discrimination, violence and even death that persists today.

It’s important to put this right. Nobody should face persecution or discrimination because of who they are or who they love. So I have committed the UK to support any Commonwealth member wanting to reform outdated legislation that makes such discrimination possible.

Recent years have brought some promising progress. The three nations that have most recently decriminalised same-sex relationships are all Commonwealth members, and the Commonwealth has agreed to accredit its first organisation for LGBT people. I hope we can all celebrate further steps at the next Commonwealth summit.

Finally, I want to thank the many tireless campaigners whose inspirational work has helped create a better future for LGBT people in Britain. I’m very pleased we have so many inspirational LGBT people in business, the arts and public life. I was asked for this article to name my LGBT icon. Perhaps this is cheating – especially because there are lots of brilliant out politicians – but Ruth Davidson, who is doing a great job in Scotland, is someone I have always thought of as an outstanding LGBT role model. And I was delighted when she and Jen announced they are expecting their first child later this year.

So, it is clear a lot has been done, but there is also plenty more to do and we will continue to fight all discrimination – at home and abroad.

I wish everyone an amazing Pride!