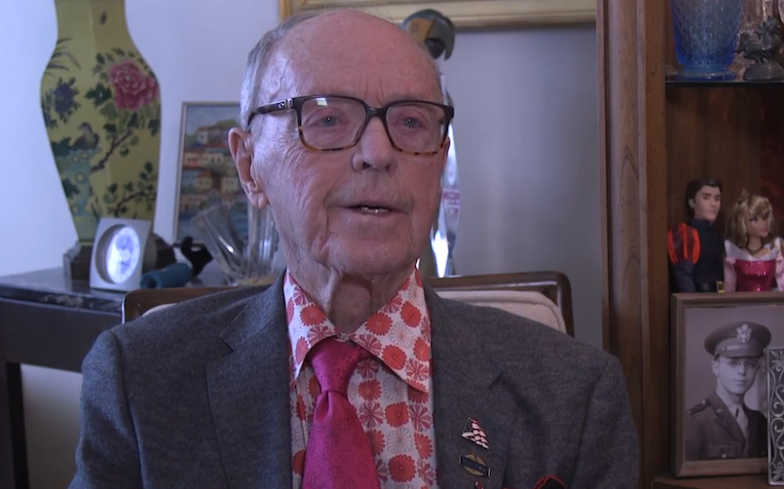 A 97-year-old World War II veteran and LGBTQ+ activist was robbed and assaulted earlier this week.

On Monday (18 May), Rupert Starr – known to his friends as ‘Twink’ – was out for a walk on Neil Avenue in Columbus’ Victorian Village when a stranger approached him and asked for money.

According to Sergeant James Fuqua from the Columbus Division of Police, Starr – in an act of kindness – “decided to give this man a dollar to help this person during this crisis. He felt it would be appropriate to help him.”

Immediately after, the suspect reached into Starr’s back pocket to steal his wallet. Starr, who walks with two canes due to mobility issues, fought back against his attacker, but was overpowered and pushed to the ground.

The suspect then fled the scene with his wallet, which was later found in the street, empty.

“He’s doing the best he can physically to even be out and mobile, the fact that someone has that type of behavior and that type of cruelty in their heart to go out and assault someone after they give them something is truly reprehensible,” said Fuqua.

“People are willing to go to any length they can to hurt someone for a dollar.”

Fortunately, Starr was not seriously hurt in the incident and the police are still searching for his attacker. If anyone has any information on the incident, contact Columbus police – you can visit their website here.

According to Stonewall Colombus, Starr voluntarily enlisted in the Army in 1945. He was later awarded a Bronze medal and a Combat Infantry Badge for volunteering to sneak past German enemy lines to get into Division Headquarters.

During his mission, Starr was captured by German soldiers and spent nearly four months in their prison camps.

In 1954, Starr met interior designer Allan Wingfield and spent the next 53 years together until Wingfield’s death in 2007. Ever since, he has served as an LGBTQ+ activist and role model for queer youth in Colombus.