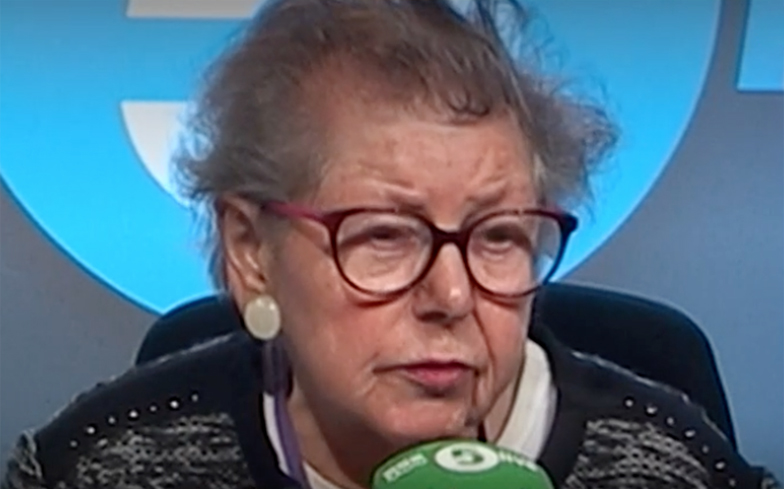 A 91-year-old woman has spoke about life as a gay woman on BBC Radio 5.

Coinciding with Valentine’s Day (February 14), former civil servant Barbara Hosking made an appearance on The Emma Barnett Show to talk about how she is – and always has been – a lesbian.

A former aide to Prime Ministers Harold Wilson and Edward Heath, Barbara explained that she has spent most of her life in the closet, only telling a few close people about her sexuality and never opening up to her parents.

“I lead a conventional life, and actually that’s just one part of it, and in a way it’s not that important,” she said.

“My family never knew, I never told my parents. They would have not understood, and they would have been shocked. My mother loved me very much indeed, so did my father, but he was very old-fashioned and conventional.

“My mother would have been not so conventional, but she would have probably thought it was a difficult choice for me to make, an unhappy choice, although I have been very happy, I’ve lived a very full life.”

Barbara came out as gay as part of her book, Exceeding my Brief: Memoirs of a Disobedient Civil Servant, and is currently in a civil partnership with her partner Margaret.

“I have had a civil partnership with my partner Margaret, who is a good 20 years younger than I am, and she makes sure that I am sensible and do sensible things, [although] I’m still inclined to be a bit hasty in some of the things I do,” she joked.

“It is odd that at my age I really do enjoy the fact that I can be totally free with people.”

She added: “So now, I think I am a little bit in danger of being a gay icon!”

Watch a clip of her interview below.