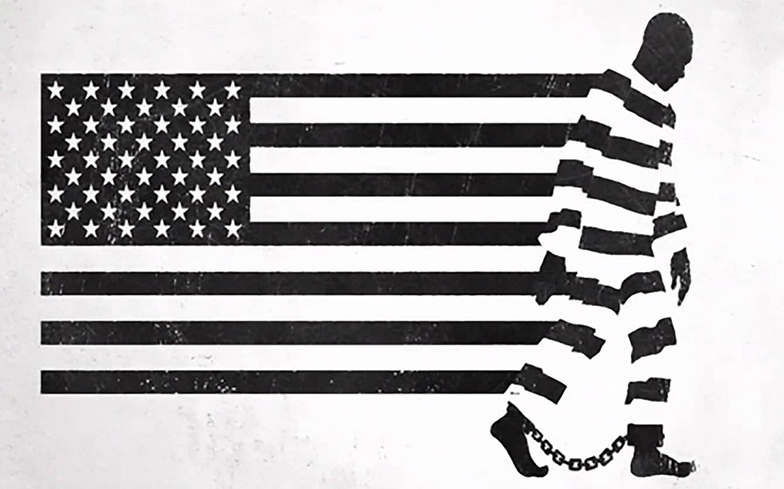 It’s not the job of Black people to teach white people how to be anti-racist.

In the wake of George Floyd’s murder at the hands of white officers in Minneapolis and subsequent protests across the US against racism and police brutality, white people are rightfully trying to become better allies to the Black community.

While it’s important to donate to organisations like these or joining peaceful protests, it’s imperative to educate yourself on racism and Black lives whether that’s through online articles, social media or books (see our list here).

If you’re not much of a reader, then there’s a plethora of educational and eye-opening documentaries out there that explain why it’s so important to voice support for the Black Lives Matter movement and to fully practice anti-racism.

We’ve rounded up nine incredible documentaries that explore the ongoing racial inequality in the United States, as well as the tragic murders of Black people that have led to this much-needed uprising.

Ava DuVernay’s widely acclaimed documentary explores the “intersection of race, justice, and mass incarceration in the United States.” The film is titled after the Thirteenth Amendment to the United States Constitution in 1865, which abolished slavery throughout the United States and enabled Congress to pass laws against sex trafficking and other modern forms of slavery. The film highlights the dramatic increase of people of colour in US prisons since the 70s and police brutality against minority communities.

On 20 October 2014, 17-year-old Black man LaQuan McDonald was fatally shot by officers after authorities said he behaved erratically, refused to hand over his knife and lunged at the officers; leading them to open fire. Surveillance disproved their claims, showing LaQuan walking away before being shot 16 times. 16 Shots dissects the cover-up through first-hand witness accounts which resulted in a groundbreaking conviction that “fractured the political landscape of Chicago.”

Crime + Punishment chronicles a group of Black and Latino whistleblower cops who are pressured into arresting young minorities, particularly in Black communities deemed to be “high-crime”, to meet a monthly quota and generate revenue for the NYPD. The powerful Hulu documentary explores the system racism and corruption of the most powerful police department in the United States and the 12 brave officers of colour who put their careers on their line to tackle to the state’s illegal policing practices.

This critically-acclaimed documentary follows American LGBTQ+ rights activist and retired domestic violence counselor, Victoria Cruz, as she investigates the death of Marsha P. Johnson, one of the prominent figures in the Stonewall uprising of 1969. A founding member of the Gay Liberation Front, Marsha devoted her life as an outspoken advocate for trans people of colour, and established STAR (Street Transgender Action Revolutionaries) alongside fellow activist Sylvia Rivera to help homeless transgender youth in New York City. In 1992, at the age of 46, Marsha was found dead in the Hudson river, which police ruled as a suicide. However, Marsha’s friends, including Sylvia, believe that she was murdered.

Ferguson: A Report from Occupied Territory (2015)

Ferguson: A Report from Occupied Territory explores the fatal 2014 shooting of 18-year-old Black man Michael Brown Jr. at the hands of a white police officer and the subsequent protests in Ferguson against racism and police brutality. The Fusion documentary also gives a voice to the residents of St. Louis County, who confide in the filmmakers of their experiences being racially profiled and targeted by the justice system.

Directed by Raoul Peck and narrated by Samuel L. Jackson, I Am Not Your Negro is based on Remember This House, the unfinished manuscript from American writer and activist James Baldwin. The film, which was nominated for the Academy Award for Best Documentary Feature, explores racism in the United States and tells the story of Baldwin’s encounters with civil rights leaders Malcolm X, Martin Luther King Jr. and Medgar Evers.

Let the Fire Burn chronicles the 1985 stand-off between Black liberation group MOVE and the Philadelphia Police Department. After years of conflict, authorities tried to evict the group with gunfire, tear gas and explosives, leading to the destruction of over 60 homes and the deaths of 11 people – including five children. Despite ruling that city leaders and law enforcement acted negligently, no criminal charges were filed.

Stay Woke: The Black Lives Matter Movement tells the story of Black Lives Matter, a global organisation operating in the US, UK and Canada that aims to eradicate white supremacy and “build local power to intervene in violence inflicted on Black communities by the state and vigilantes.” The documentary stars Grey’s Anatomy alum and activist Jesse Williams, as well as Black Lives Matter co-founders Alicia Garza, Patrisse Cullors and Opal Tometi.

Not a documentary, but a powerful and essential film nonetheless. Created, co-written and directed by Ava DuVernay (13th), When They See Us is based on the notorious 1989 Central Park jogger case which resulted in five teenagers of colour, labelled the Central Park Five, being convicted of a rape they did not commit. The four-part series is a heartbreaking, yet informative look into racial inequality in the US justice system.