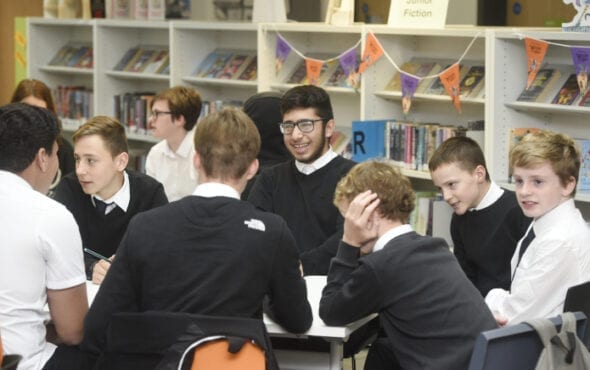 A majority of young people (84%) would support a friend if they came out as transgender, and more than half (54%) said they already have a friend who identifies as part of the community.

The data forms part of a larger report into inclusive education and the experiences of young queer pupils, which will be published by Just Like Us in June 2021.

The charity also asked secondary school students to explain why they are so supportive of trans people.

One young lesbian from the East Midlands said: “It’s not my business how they identify, and I’ve seen previous friends dealing with transphobia and now want to support others so the same thing doesn’t happen as much.”

Another pupil from East Midlands, who is not LGBTQ+, said: “Because I don’t think it really makes a difference they’re still the same as they were before just more honest.”

“It would have no negative impact on my life so there is no reason for me to not be as supportive as possible and make them feel comfortable.” Another pupil in the North West said they would “fully support” their friend if they came out as trans, because they are “embracing how they feel and who they are which is something to be celebrated”.

Dominic Arnall, Chief Executive at Just Like Us, has called for schools across the country to ensure that their trans students are as welcomed as their cisgender peers.

“We are really glad that, with this independent research, we are able to shine a light on the opinions of young people themselves and how supportive they are of their trans peers,” said Arnall.

“Secondary school age young people are clearly incredibly supportive of trans people and would have no problem with a friend coming out as trans.

“We hope that this is positive motivation for parents, schools and the media at large to embrace trans and all LGBT+ young people and accept them for who they are.”

Arnall noted that there’s been an increase in “tensions and hostility” towards young trans people in recent years, but this research has proved that the majority of young cisgender students are allies of the community.

“Just Like Us is always here to support teachers with making their schools safer and happier places for LGBT+ young people, and it’s clear that the majority of all young people – regardless of who they are – really welcome this,” continued Arnall.

“It’s happening both online and in person this year – primary schools, secondary schools and colleges can access their free resources, lesson plans and online masterclasses by signing up for free at www.justlikeus.org.”