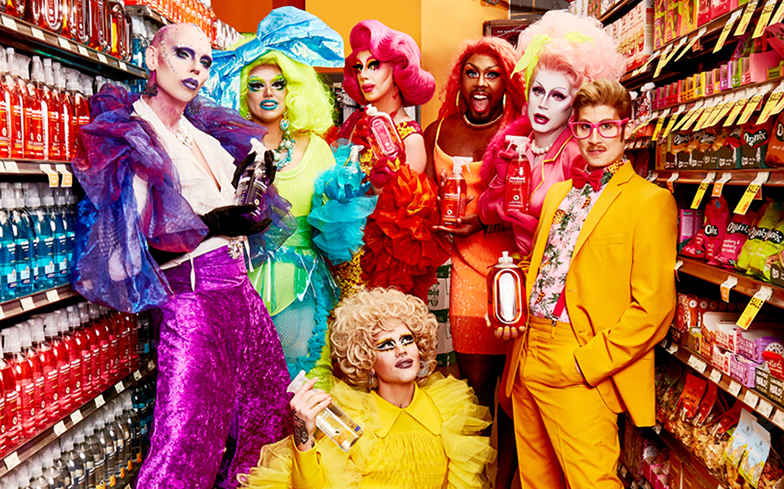 New statistics suggest that Brits need to brush up on their drag knowledge.

A staggering 56% of people in the UK say they’ve never heard of a ‘drag queen’ before, which is hard to believe considering the rise of RuPaul’s Drag Race and famous British queens like Lily Savage and La Voix.

What’s more, 70% say they’ve never attended a drag show. We think they need to get out more.

The research also found that over half (58%) of Brits are unaware of the correct definition of LGBTQIA, despite government statistics estimating that more than a million people in the UK identify as lesbian, gay or bisexual.

The new research was conducted by Censuswide and commissioned by sustainable cleaning brand method, who have partnered with LGBT Foundation to launch a year-long partnership called Drag Cleans.

Over the next 12 months, method will be funding LGBT Foundation’s entire volunteering programme, providing support across a number of projects championing the charity’s #EqualityWins activity which ensures a safe, healthy and equal future for all LGBTQ people.

The brand have also teamed up with some of the UK’s most talented drag artists including Cheddar Gorgeous, Anna Phylactic, Frieda Slaves, Meth, Lill, Tete Bang and drag king Adam All, who will front method’s new advertising campaign launching in September. They’ll be joining forces for a special ticketed show called Drag Cleans on Thursday 1 August in East London, complete with dance routines, comedy and a cleaning-inspired ‘lip-sink’ battle – and all proceeds will go to LGBT Foundation.

“We’re incredibly excited to be partnering with method for the launch of Drag Cleans,” said Paul Martin OBE, Chief Executive of LGBT Foundation.

“We’re looking forward to this year-long initiative showcasing the talent of some amazing drag artists, which have for many decades been an important aspect of our community’s culture, as well as raising awareness of the many different people who identify as LGBT.

“The volunteer activity method will be supporting will ensure this partnership isn’t just a quick fling, but has a lasting positive impact for people from LGBT communities.”