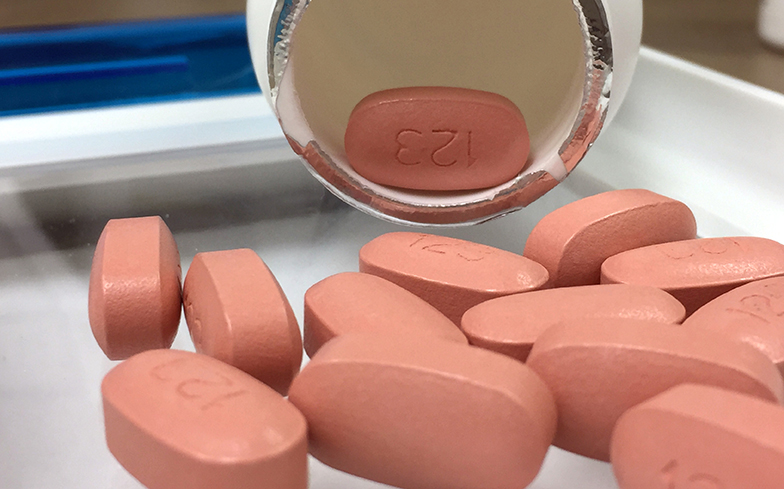 Today marks the thirtieth anniversary of World AIDS Day. The first case of HIV/AIDS was identified in the UK in 1981. Since then approximately 30,000 people have died of AIDS in the UK. It is currently estimated that there are 89,400 people living with HIV in the UK.

In terms of treatment, there was a huge shift in 1996 with the introduction of antiretroviral drugs. I am HIV positive myself, take my medication daily and know that I can expect a normal lifespan. Prior to 1996 people were dying daily of AIDS and entire friendship groups were wiped out. Now the opposite seems true – with increased prevention and treatment, new HIV diagnoses are falling – 6095 in 2015 to 4363 in 2017 – a decline of 28 per cent.

It is now within our grasp to reduce HIV diagnoses to zero in the UK. I have selected five of the key goals we need to focus on in 2019 to help us achieve this.

Firstly, in the UK access to Pre-Exposure Prophylaxis (PrEP) is patchy, dependent on which country you live in. PrEP is a pill which can be taken daily or on demand by an HIV negative person to prevent the transmission of HIV. On 10 April 2017 Scotland became the first UK nation to approve the provision of PrEP to prevent HIV. Whilst available in Northern Ireland, PrEP has to be obtained from a clinic in Belfast. In Wales, approximately half a dozen clinics offer PrEP. In England, NHS access to PrEP is limited to the Impact Trial.

Due to demand, the number of places on the Impact Trial was recently increased from 10,000 to 13,000. However, this does not meet the current demand from gay and bisexual men (MSM). London clinics have long waiting lists for PrEP. IwantPrEPnow, the website which offers the sale of generic PrEP, has not seen a drop in orders since the Impact Trial commenced. The Terrence Higgins Trust Mags Portman PrEP Access Fund aims to provide support to 1000 people on low or no income who need PrEP living in England and Northern Ireland. It is clearer than ever that PrEP needs to be properly commissioned, so that it can be accessed on the NHS across the entire UK.

Secondly, while many MSM are well informed around PrEP, this is not the case amongst other groups. Black and Minority Ethnic heterosexual communities, whilst accounting for the second highest proportion of HIV diagnoses after MSM, have proved harder to reach. In June 2017, of 7893 people recruited onto the Impact Trial, only 120 were women and virtually no heterosexual men had enrolled. This was despite the ring-fencing of places on the Impact Trial. Trust needs to be built, messaging targeted and sexual health services taken out into the community.

Thirdly, a corner stone for falling HIV diagnoses has been increased HIV testing. We must continue to resist cuts to sexual health services from local authorities. Furthermore, around four in 10 people diagnosed with HIV are diagnosed late, which is after damage to the immune system has already begun. Whilst new HIV diagnoses have fallen, the percentage diagnosed late has remained virtually static. People should be thinking about HIV testing all year, not just during National HIV Testing Week.

Fourthly, another important area is ensuring the delivery of comprehensive, LGBTQ-inclusive, Sex and Relationships Education (SRE) in all schools. The Government committed to this in their LGBT Action Plan, released on 3 July 2018, but some, particularly faith, schools are trying to opt-out. A study commissioned by the Terrence Higgins Trust in 2016 found that one in seven respondents had not received any SRE at all and 95 per cent had not learned about LGBTQ sex and relationships. When it came to learning about HIV, three out of five respondents either did not receive any information about HIV or did not remember receiving information about HIV in school.

Fifthly, the greatest challenge faced by people living with HIV is stigma, which remains pervasive. I met a black-African woman whose landlord kicked her out and burned her bed sheets when he found out that she was HIV positive. One of the most effective ways of tackling this stigma is to educate people around HIV. An HIV positive person on effective treatment, with an undetectable viral load, cannot pass the virus on. The Undetectable equals Untransmittable (U=U) messaging is powerful and we must do all we can to disseminate it.

As the Terrence Higgins Trust’s Dr Michael Brady adds: “We have made so many advances in the fight against HIV, but we will never fully achieve our goal of ending the epidemic unless we increase our efforts to eliminate stigma.”

World AIDS Day is about remembering the many people in the UK and abroad who have died of AIDS, celebrating the great advances around treatment and prevention which have taken place, but also about highlighting the areas where action is still desperately required. The fight against HIV is far from over, but I believe it is one that we can win.