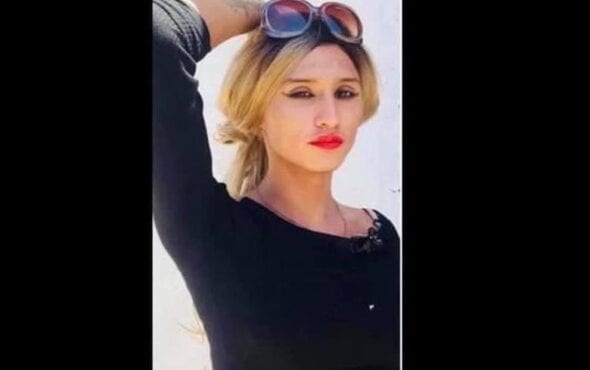 Marilyn Cazares, a 22-year old homeless trans woman has been found murdered at the building where she was living in Brawley, California. Her body was discovered on 13 July following reports of a couch fire. Although the police have released few details, Marilyn’s family say that she was stabbed and then set on fire.

Recounting memories of Marilyn, an aunt posted  about a time that “she was chilling in the backseat, playing music off of her phone, and jamming out to Billie Jean like the bad ass queen she was!”

In reports that misgender Marilyn, another aunt said that she was “killed in a horrific way, in a very brutal, hateful, hateful way.” Mary Ann Isaac, the office manager for the Brawley Feed the Need described Marilyn as the “life of the party” and someone who made everybody laugh.

Marilyn’s sister, Aubrey Cazares, started a GoFundMe page to cover the costs for Marilyn’s funeral. In the fundraiser, which has raised over $12,000, Aubrey wrote: “Hello, as some of you may know my sister Marilyn has passed. A young soul so easily taken from us.

“We want to have a beautiful service in celebration of her life she had here with us. She was a beloved Daughter, Sister, Niece, Cousin, Granddaugter, and Friend. So please anything helps. Thank you and God bless you.”

Brawley police urge anyone with information on this case to contact Detective Sergeant Jesse Rotner at (760) 351-7777.

The Human Rights Campaign reports that Marilyn’s death is the 22nd murder of a trans or gender non-conforming individual of the year. In a statement, Tori Cooper, the Director of Community Engagement for the Transgender Justice Initiative, wrote: “This crime must be investigated with the utmost thoroughness, care and humanity. Marilyn Cazares was a human being, a beloved member of her family and the Brawley community.

The San Diego Black LGBTQ Coalition wrote: “The coalition is sad to report the senseless murder of another transgender woman, Marilyn Monroe Cazares. She was found early morning of July 13th in Imperial Valley, California and was only 22 years old.

“As you celebrate Pride week, remember her and the countless trans and non binary folks we have lost, especially the disproportionate number of trans women lost and particularly trans women of color lost. And continue to fight for equality for all of us. Trans rights is a human rights issue.”

Related: Remembering the 20 trans individuals who have been killed in the US this year