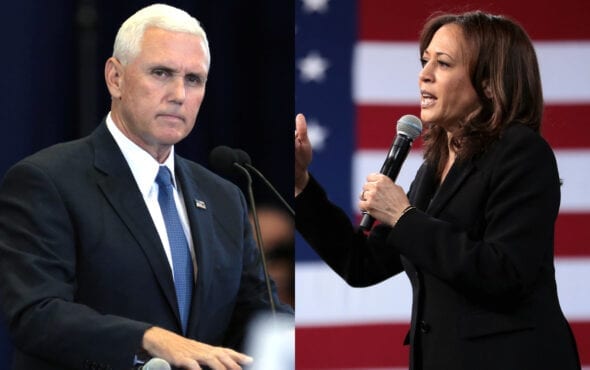 Vice President Mike Pence and Senator Kamala Harris went head to head at the 2020 US debate, and failed to mention anything on LGBTQ+ rights or legislation.

While the debate touched on important topics including COVID-19, unemployment, fracking and tackled the topic of white supremacy, the future of LGBTQ+ rights and regulations was very much in question. Neither the Democrat or Republican chose to address any issues surrounding the community.

This choice to avoid LGBTQ+ related subjects may come as a surprise as there has been a shocking number of transgender murders occurring this year. These tragic deaths were felt heavily in marginalised demographics, specifically Black and Latin trans communities.

It is believed a large percentage of trans women were targeted due to their identity and many of them suffered from gun shot wounds. To date, there has been 31 transgender murders in the US and we must remember their names.

President and CEO of GLAAD, Sarah Kate Ellis, was rightfully frustrated at the outcome of the debate.

“This is the fourth missed chance in a nationally-televised forum of the general election to address any LGBTQ issues. VP Pence should have been called to account for his role in the administration’s 181 attacks against the LGBTQ community,” she said on Twitter.

This is the fourth missed chance in a nationally-televised forum of the general election to address any LGBTQ issues. VP Pence should have been called to account for his role in the administration's 181 attacks against the LGBTQ community. #VPDebate

In a Twitter thread, the author and activist continued to create stress the importance of representation during televised debates.

“LGBTQ voters may cast the deciding votes in this election and we need to be a part of the conversation. The moderators must include us. The candidates must acknowledge us,” Sarah wrote on Twitter, ending each of her tweets with a ‘VPDebate’ at the end of each tweet.

“LGBTQ people deserve to know where the candidates stand on issues of life and death to us. We will continue to demand to be seen and heard.”

Before the debate took place, Human Rights Campaign, an LGBTQ+ civil rights organisation, published a set of questions predicting topics that Harris and Pence should touch upon.

Our lives are on the line.

We must address these questions to show the sharp contrast between Pence’s lifetime of attacks & Harris' record of expanding & protecting our rights. https://t.co/Dc0zngYEb0

Disappointingly, Harris, who has a history of supporting the LGBTQ+ community, did not deliver. Meanwhile, Pence did not offer a comment towards the community either, despite his track record of anti-LGBTQ+ rhetoric and rights.

If politicians are not willing to come forwards and address subjects that affects all of the public, then they risk alienating key voters that could sway the election one way or another.