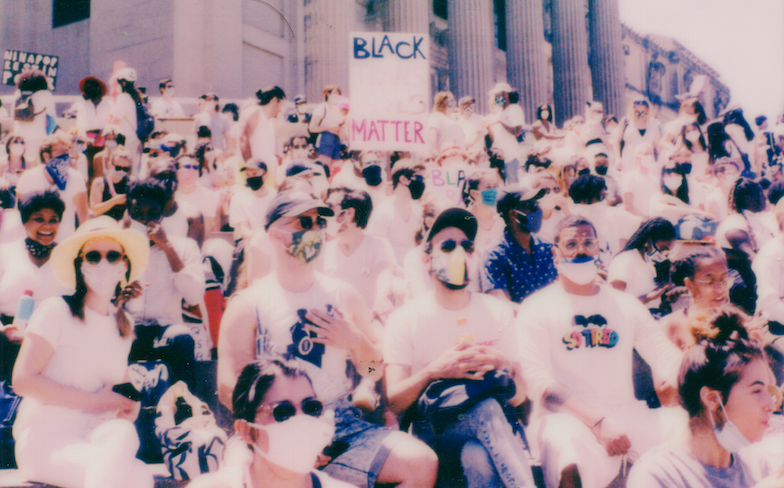 On 14 June, thousands of peaceful demonstrators congregated at the Brooklyn Museum to stand in unison with the Black Trans Lives Matter movement.

Although protests have erupted across the world in support for Black lives, the plight of the Black trans community – who face disproportionate levels of violence and discrimination – has once again been overlooked.

This year alone, 14 trans individuals have been murdered in the United States, 10 of which were trans women of colour. In 2019, 26 trans people were killed and a large majority of these victims were Black trans women.

In 1917, 10,000 protestors wore white in the NAACP’s Silent Protest in New York to denounce anti-Black violence in the United States. It was one of the first recorded protests for Black civil rights in the country’s history.

Andrew Tess, an NYC-based photographer and artist, was on hand to capture the faces of Black trans folk and allies of the community who stood in solidarity with the Black Trans Lives Matter movement – see below.