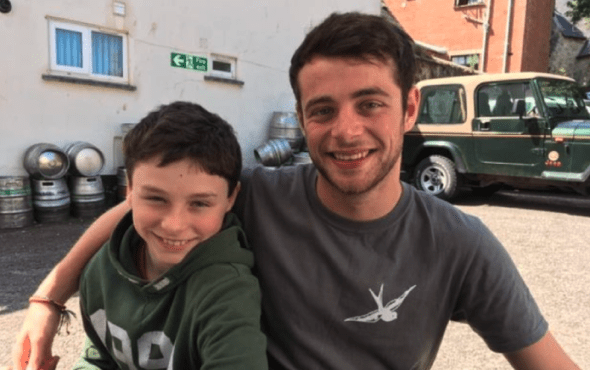 It has been reported that 12-year-old Riley Hadley took his own life after nonstop bullying from classmates.

During an inquest at Exeter’s County Hall, it was revealed that months before the incident Riley had been questioning his sexuality.

His mother Allison Holmes described Riley as a “gentle, caring boy” who had a hard time fitting into large groups. Holmes went on to say that the bullying started when he entered Year 7.

According to a report from Devon Live, Holmes stated that Riley had been harassed in the local park, pushed in the school corridors and kicked into a road.

“He was afraid to go to school and the local park in fear of being bullied,” Holmes explained.

Riley didn’t return to school after the summer holidays in 2019 and began homeschooling instead.

Holmes explained that she was unaware of any other problems stating: “I think we had a good relationship and he would tell me if something was worrying him.”

On the day of his death, Riley went to a GP appointment in which he expressed anxiety about returning to school.

Holmes went on to explain that they discussed the possibility of going back to school or getting a tutor to continue homeschooling.

“He had a cry. We talked and he seemed a bit better,” she said.

Later on that day he texted his friend a message stating: “I have to come back to school.”

When Holmes returned from work later that day she found Riley unresponsive in his room and called the authorities.

When interviewed by police, friends and classmates of Riley stated that he had self-harmed in the past and threatened to kill himself.

One friend recalled Riley telling him that he didn’t think he would live long.

The medical examiner revealed that his death was not the result of foul play but was from asphyxia by hanging.

According to a new independent study from Just Like Us, young LGBTQ+ people are three times more likely to self-harm and twice as likely to contemplate suicide than their non-LGBTQ+ peers.

Alarmingly, seven in 10 (68%) young LGBTQ+ people have experienced suicidal thoughts and feelings compared to 29% of young people who don’t identify as part of the community.

The mostly likely queer people to have experienced suicidal thoughts are lesbians at 74% and transgender people at 77%.

A third (31%) of LGBTQ+ youth have self-harmed, according to the study, a vast comparison to the 9% of non-LGBTQ+ young people.