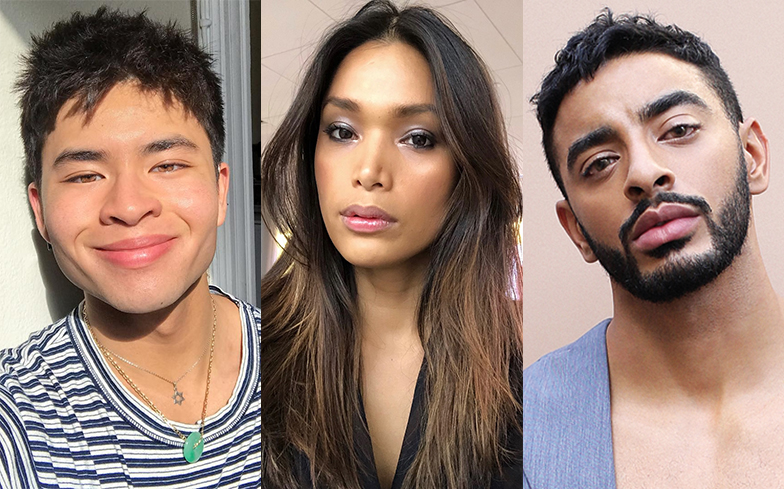 Its time to fill that Instagram feed with some positivity and gorgeous images.

What better way to achieve that than checking out some beautiful trans models Instagram pages. Check out 11 of our favourite accounts (although there are so many more out there) below.

Chella Man is a 20-year-old American model, who has walked New York Fashion Week. He has a column on them.us documenting his transition, which he officially began in May 2017. His instagram bio “deaf. artist. trans. 20. genderqueer. he/him.” encompasses what his Instagram shows, his life and art.

Valentina Sampaio, a 22-year-old Brazilian model and actress, made history by becoming the first trans model to be on the cover of Vogue in 2017. Breaking so many fashion moulds, her instagram is perfect for your fix of glamorous photoshoots and for following the life of a model.

Geena Rocero isn’t just a beautiful model, she is a TED speaker and trans advocate. Born in the Philippines, she now uses her platform as a supermodel to fight for justice and equality and is the founder of Gender Proud. Her instagram is a mixture of fashion shoots, runway pictures, tropical holidays and her activist work.

Hunter, a 20-year-old American, is a model, actress, artist and activist. She was a big voice in the fight against North Carolina’s ‘bathroom bill’, which meant trans people could not use the bathroom matching their gender identity. She is also one of the stars in the upcoming drama Euphoria, produced by Drake. Her instagram is a mixture of her modelling, her art and her latest projects.

Arisce is a trans supermodel, actress and comedian. Her modelling career includes walking New York Fashion Week and Miami Fashion Week. Arisce’s Instagram is strong and unapologetic which gives you snippets of her life. With powerful captions such as, “Many of my trans brothers and sisters never get to live long enough to reach their dream or even be seen as real people due to the bigotry and dangers of being openly trans in this country”, her Instagram deserves to be followed.

Oslo Grace is a Californian model who identifies as non-binary trans. They walk both men’s and women’s runways and are on both the male and female boards of their agency. With career highs such as walking the fall 2018 Gucci show, Oslo is definitely one to watch. Their Instagram is filled with high fashion pictures and beautiful selfies.

Benjamin Melzer is a trans fitness model from Germany. Benjamin made his transition when he was 23. His Instagram is impeccably designed and gives you all the doses of fitness and lifestyle you could need on your Instagram feed.

Andreja, a Bosnian-Australian supermodel, has been breaking fashion boundaries since her career began. Originally an androgynous model, she came out as a trans woman in 2013. She has walked both male and female shows for Jean-Paul Gaultier. As well as being Vogue’s first openly trans model they profiled, and the first trans woman to sign a cosmetics contract. Her Instagram is a profile of her life through pictures and quotes.

Former Gay Times cover star Laith Ashley is represented by Slay, a modelling agency for trans models, and was one of the first ever trans models to appear in a national campaign. He made his transition medically at 24 years-old. His Instagram is a perfect mix of fitness pictures and classic modelling shots.

Having walked down the runway for Marc Jacobs and Diesel, this Ukrainian-born Israeli model and actress became the first trans actress to receive an Ophir Award nomination for Best Actress after her role in the film Flawless. Her Instagram is everything you’d want from a model with flawless photos worthy of appearing on your feed.