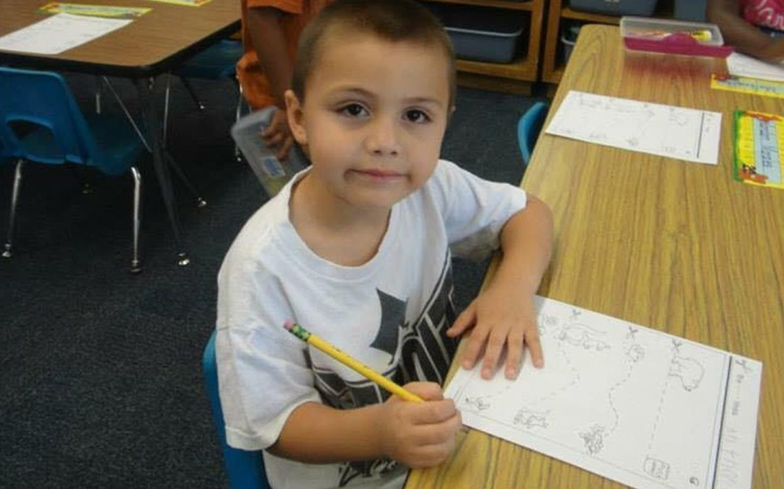 Anthony Avalos was whipped, beaten, and starved by his mother and her boyfriend for days before his death.

The 10-year-old Californian boy was reportedly slammed into the bedroom floor, whipped with a belt and chord, had hot sauce poured into his mouth, and was forbidden to use the bathroom.

Prosecutors say Anthony’s parents forced his eight brothers and sisters – aged between 11 months and 12-years-old – to attack him, and keep watch so he would “remain standing and kneeling”.

“At one point Anthony could not walk, was unconscious lying on his bedroom floor for hours, was not provided medical attention, and could not eat on his own,” said District Attorney Jonathan Hatami.

“During the five or six days mentioned above, all nine children were residing in the Lancaster apartment where the crimes took place.”

A few weeks prior, Anthony had come out as bisexual to his parents, which is the suspected reason for his death.

Heather Maxine Barron, 28, and Kareem Ernesto Leiva, 32, have been charged with his murder and if convicted, Barron will face up to 22 years in prison, and Leiva will receive 32 years or life imprisonment.

Authorities removed the eight other children, who are now being cared for by county child welfare workers.

The Los Angeles County Department of Children and Families are currently investigating whether his sexuality played a part in his murder.

The agency also revealed that the child had thirteen referrals from 2013 to 2016.

At one point, Anthony was taken away from his parents for several months after welfare officials found evidence of sexual abuse. He was then returned to his family after they received in-home counselling.