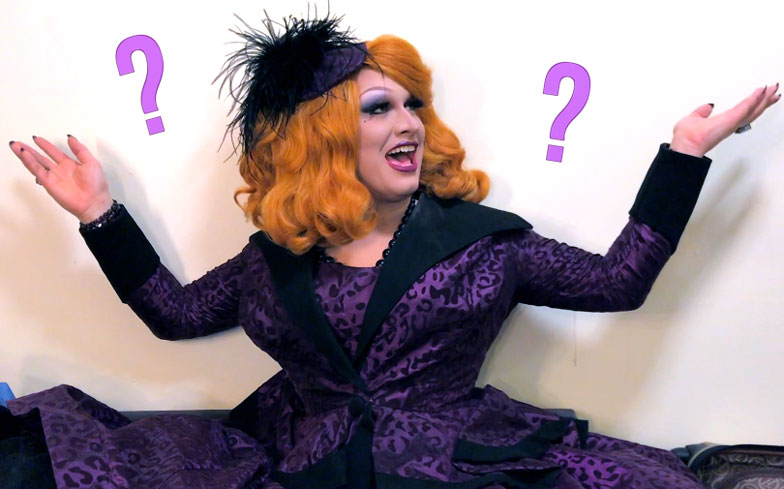 The singer, actor and drag sensation has since travelled to all corners of the globe and entertained thousands to thunderous applause.

Away from the spotlight, Jinkx confirmed she’s non-binary; hopeful the honest news and coming out could find great strength for others.

Often facing the odd and even somewhat offensive questions of others, we knew it was time to answer them – all with a little help from our Jinkxy in this exclusive Gay Times video.

Jinkx is currently touring the UK with her incredible show The Vaudevillians, and will co-host the 2017 Gay Times Honours alongside Frieda Slaves later this month.

Join us as we head backstage at the Leicester Square Theatre, during one of her recent sold-out Jinkx Sings Everything shows, to teach us all a little lesson on life as a non-binary person.

Related: Which Drag Race winners said they’d be up for a superstar edition?

More information on Jinkx can be found here.