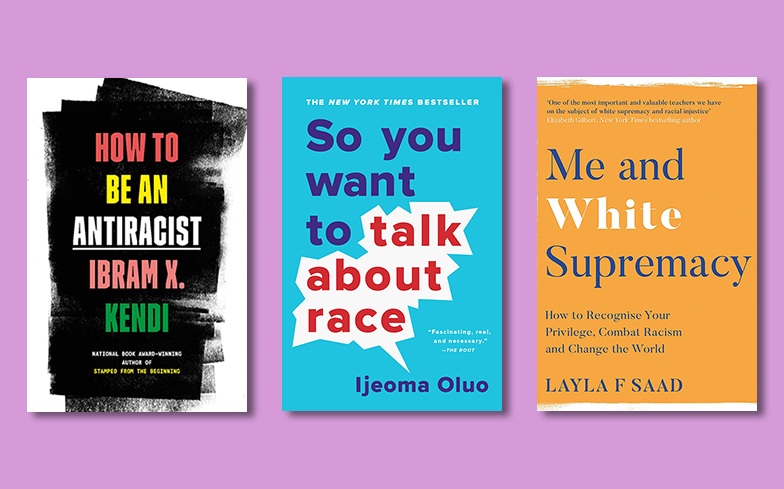 Following the murder of George Floyd, many people have been left realising how little they know about race issues.

As well as donating to organisations like these or joining peaceful protests, it’s important that you understand what you’re fighting for. As a non-Black person, it can be easy to fall into the trap of thinking, ‘What if I say the wrong thing?’ or ‘How can I really make a difference?’ – but that’s why it’s so important to take the time to educate yourself.

Remember, it’s not the job of Black people to teach you how to be anti-racist, so a great way of learning is to read; there are plenty of articles online, and many Instagram accounts you can follow which offer great advice and educational content.

Another way to educate yourself (particularly if you’re still not sure why we need to say ‘Black Lives Matter’) is to pick up a book about racism or Black experiences. Keep an open mind and be willing to change your worldview, without becoming defensive if you read something that goes against what you’ve been taught.

Many of the following books are currently unavailable to purchase in print as demand is high right now, but you can still find them as an eBook, as an audio book or on reseller websites. Even better, share a copy among your circle of friends/family.

Why I’m No Longer Talking to White People About Race by Reni Eddo-Lodge
An expansion of her illuminating 2014 blog post of the same name, this best-selling book from award-winning journalist Reni Eddo-Lodge is a deep dive into the “more insidious kind of prejudice” that exists in everyday society alongside far-right violence, with a focus on race relations in Britain.

How To Be An Antiracist by Ibram X. Kendi
This New York Times bestseller from Ibram X. Kendi, the founding director of the Antiracism Research and Policy Center, calls on the reader to go beyond ‘not being racist’ and become antiracist. He tackles the myth of a post-racial society and explains what racism is, where to spot it and what we can do about it.

So You Want To Talk About Race by Ijeoma Oluo
Author and journalist Ijeoma Oluo tackles a number of racial issues plaguing America (many of which are applicable to other countries) and answers the questions many white people want to ask – such as “what is cultural appropriation?” and ‘what if I talk about race wrong?” and “why can’t I say the ’N’ word?” – in an accessible and straightforward way.

Me And White Supremacy by Layla F. Saad
Following her viral #MeAndWhiteSupremacy challenge on Instagram – which called on white people to own up to and share their racist behaviours – Layla F. Saad created this invaluable workbook to teach readers how to dismantle their privilege, stop inflicting damage on people of colour, and help other white people do better.

Between The World And Me by Ta-Nehisi Coates
In an attempt to answer questions about race in America, author Ta-Nehisi Coates wrote a letter to his 14-year-old son about what it’s like to live as a Black person in the so-called ‘land of the free’, and how the country can challenge its fraught racial history, told through personal experiences and emotionally-charged writing.

They Can’t Kill Us All: The Story Of The Struggle For Black Lives by Wesley Lowery
Coinciding with the end of Obama’s tenure as president and in direct response to the murder of Michael Brown, journalist Wesley Lowery released his exploration into the birth of the Black Lives Matter movement, featuring hundreds of interviews with the families of victims of police brutality and local activists to examine the effects of racially-biased policing in America.

When They Call You A Terrorist: A Black Lives Matter Memoir by Patrisse Khan-Cullors and Asha Bandele
From one of the co-founders of Black Lives Matter, this memoir tells the story of how the movement came to be, and acts as a reminder that protests like the ones happening right now come from love and a need to live freely, despite being labelled a threat to America by those in power and right-wing conservatives.

The Good Immigrant: 21 Writers Explore What it Means to be Black, Asian, and Minority Ethnic in Britain Today edited by Nikesh Shukla
Compiled by award-winning writer Nikesh Shukla, this book brings together 21 emerging Black, Asian and minority ethnic writers, poets, journalists and artists to share poignant and timely essays about race and immigration, and what it means to be seen as ’other’ in your country – in this case, Britain.

Freedom Is A Constant Struggle: Ferguson, Palestine, and the Foundations of a Movement by Angela Davis
Activist, teacher, author and Black Power movement icon Angela Davis examines the importance of black feminism, intersectionality and prison abolitionism in this collection of essays, interviews and speeches that discuss the legacies of previous liberation struggles and connects them to today’s fights for freedom.