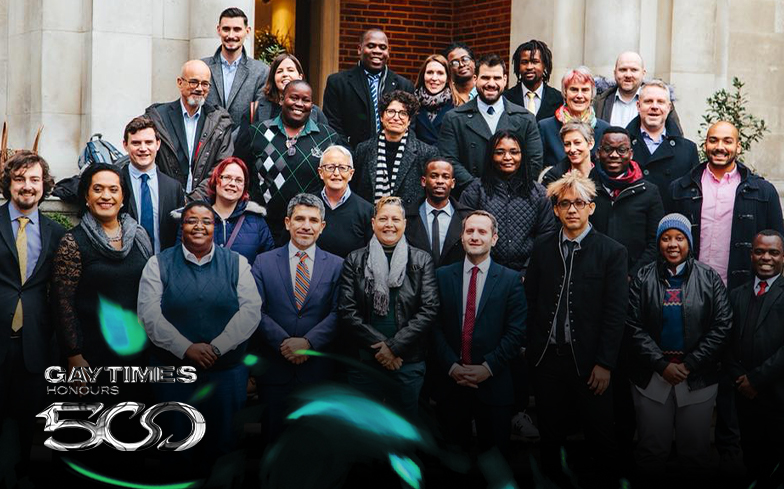 The Commonwealth Equality Network has been given the GAY TIMES Honour for International Community Trailblazer.

On Thursday (21 November) night, representatives for the network appeared at the GAY TIMES Honours 500 ceremony, which honours queer people and their allies who have had a profound impact on the community over the last 12 months.

Established in 2013, The Commonwealth Equality Network (TCEN) is a group of over 60 organisations spanning five regions of the Commonwealth to create a collective voice for LGBTQ human rights.

They operate in countries from Fiji to Belize, Zambia to Sri Lanka, Cyrus to Ghana and beyond.

“Primarily we connect LGBTI+ organisations with decision-makers at a national or regional level, whether that be parliamentarians, business people or community leaders, and advocate for them to support upholding and protecting the inalienable rights of their LGBTI+ citizens,” Rosanna Flamer-Caldera, Chair of TCEN tells us.

Recent years have seen some huge wins for the rights of LGBTQ people living in the Commonwealth, including the decriminalisation of homosexuality in India and Botswana.

However, there is a significant amount of work left to do, and The Commonwealth Equality Network is at the forefront of that fight for change. “Criminalisation of homosexuality is still a challenge,” says Rosanna.

“When the simple act of being same-sex attracted is itself illegal, it makes it very difficult to provide support and services to your community, because in doing so you are implicated in the illegality.”

While the UK government has now acknowledged its colonial legacy and how it has led to the persecution and discrimination of millions of LGBTQ people across the world, our commitment to it needs to be long-term.

“Supporting pioneering networks like TCEN who are giving LGBTQ people on the ground in Commonwealth countries access to high-level diplomatic and political spaces is a brilliant first step and we are deeply thankful for the UK government’s support thus far,” says Rosanna.

“I often think that the British public, including the British LGBTQ community, isn’t always aware of the extent to which their country, which enjoys relative freedom for LGBTI+ people, is implicated in the fight for human rights abroad.

“I would love to see more discourse within the country around the effects of British colonialism on the human rights situation in countries across the Commonwealth.”