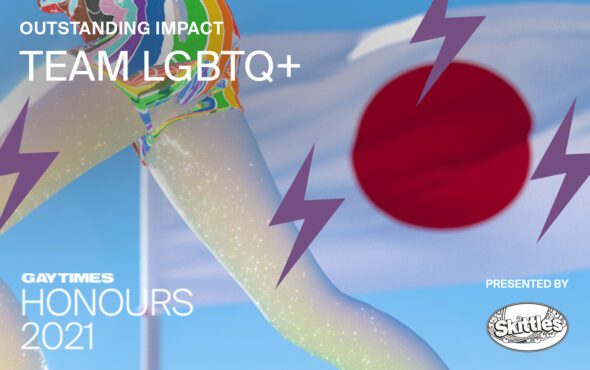 Team LGBTQ+ has been named the recipient of this year’s GAY TIMES Honour for Outstanding Impact presented by SKITTLES®.

RAYE announced Team LGBTQ+’s win in front of an audience full of LGBTQ+ community members and allies on 19 November at Magazine London in the heart of the capital.

The number of LGBTQ+ athletes participating in the Tokyo 2020 Olympic Games was greater than those who took part in all previous summer events, setting an unprecedented record for representation.

Team LGBTQ+ instantly brought queer visibility to a global level and are leading the way in boosting LGBTQ+ participation in mainstream sporting events – an impact that is nothing less than outstanding.

A spokesperson for SKITTLES®, who presented the GAY TIMES Honour for Outstanding Impact, said: “SKITTLES® is so excited to be partnering with GAY TIMES Honours to recognise the Outstanding made by Impact Team LGBTQ+ at this year’s Olympic and Paralympic Games.

“They pioneered queer representation in sport in a way that has never been seen before and we are proud to celebrate their achievements alongside GAY TIMES.”