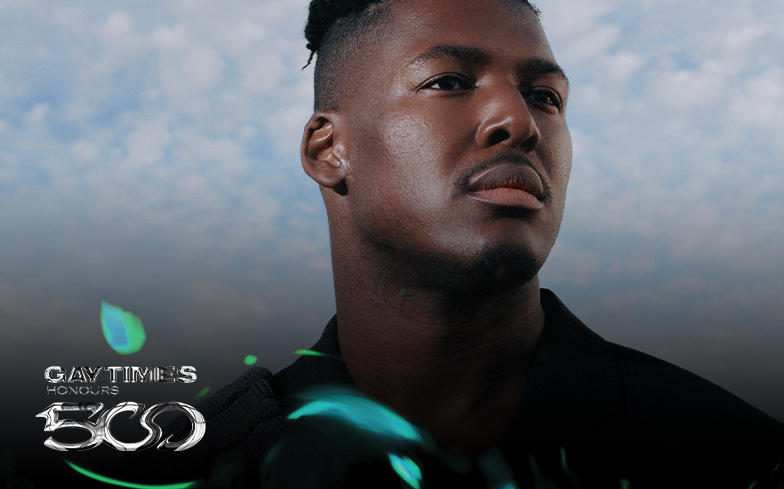 Ryan Russell has been given the GAY TIMES Honour for Sporting Hero.

On Thursday (21 November) night, the free agent appeared at the GAY TIMES Honours 500 ceremony, which honours queer people and their allies who have had a profound impact on the community over the last 12 months.

His decision to live openly came as he no longer wanted to hide his truth on his journey to achieve his career goals.

“It felt suffocating, it felt regressive, it felt harmful and I never wanted achieving my dreams to feel that way,” he says. I feel very grateful to be part of the LGBTQ community and for people to know that and to see that and to just embrace that.”

While coming out may have been a personal journey, his brave decision will no doubt have a huge impact on the world of sports, providing a positive role model for other queer people who wish to compete without hiding a part of themselves.

He describes it as a “life-saving” experience. “I had hopes that my story could help a young athlete, someone that had the same questions I had and had the same worries that I had in the back of my mind,” he says.

As well as being an openly queer person of colour, Ryan is also providing much-needed representation for the bisexual community, who are often erased from LGBTQ conversations.

“Sight and visibility and representation gives us hope and it builds confidence within us. If someone from where I came from, who looks like me, or believes what I believe, or loves who I love, it’s a power.”