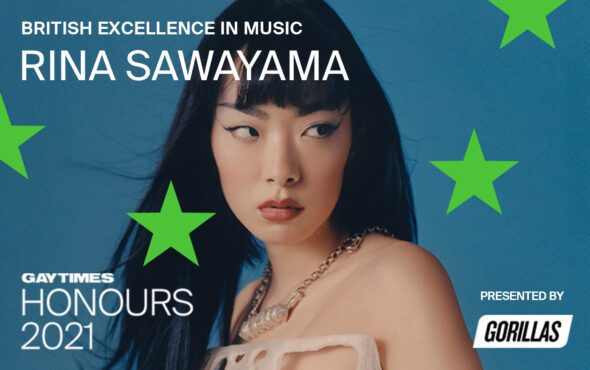 Rina Sawayama has been named the recipient of this year’s GAY TIMES Honour for British Excellence in Music presented by SKITTLES®.

Chester Lockhart announced Rina’s win in front of an audience full of LGBTQ+ community members and allies on 19 November at Magazine London in the heart of the capital.

Whether it’s calling out the capitalist beast of the industry or the inner industry microaggressions and racism she faced as an artist, Rina has proven herself a force to be reckoned with.

Releasing one of the most critically acclaimed albums of the year, as well as delivering an accompanying tour of the same calibre, Rina personifies British Excellence in Music and we can’t wait to see what she does next.

The GAY TIMES Honour for British Excellence in Music was presented by Gorillas.

Eddie Lee, UK General Manager at the company, said: “We’ve been so excited to partner with GAY TIMES for their annual awards ceremony.

“Inclusion is really important to us and we’ve loved being involved, to celebrate the incredibly talented LGTBQ+ community here in London.”