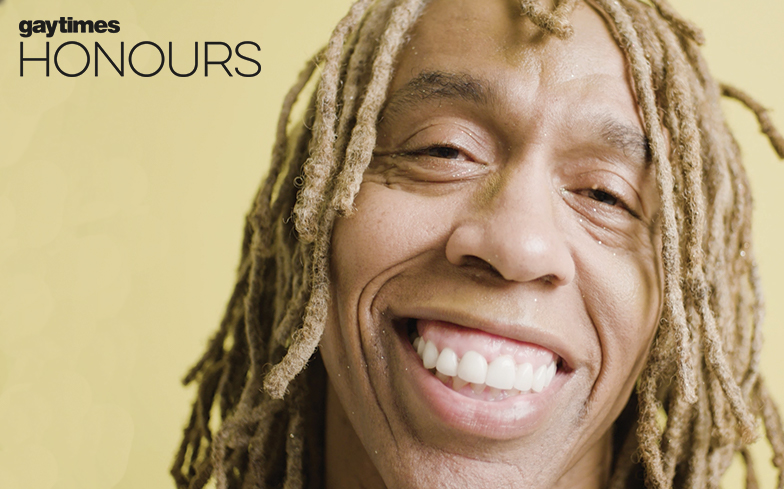 Rikki Beadle-Blair MBE is the recipient of the Derek Jarman Gay Times Honour: Contribution to the Arts.

Actor, director, screenwriter, playwright, singer, designer, choreographer, dancer and songwriter, Rikki Beadle-Blair has produced a prodigious body of work that spans four decades. His fearlessness in tackling issues relevant to the LGBTQ community earned him an MBE in 2016.

Derek Jarman was a queer filmmaker, artist and author who, in his final years, remained a vociferous campaigner for gay rights.

Rikki was honoured at the National Portrait Gallery during the inaugural event on 18 November, introduced to the stage by Darren Kennedy.

“I never wanted to hide. I don’t think the world benefits from me hiding – they benefit from me being myself in the fullness of myself,” said Rikki.

“You can add any of those things before film-maker or writer or whatever, and I grow from that.”