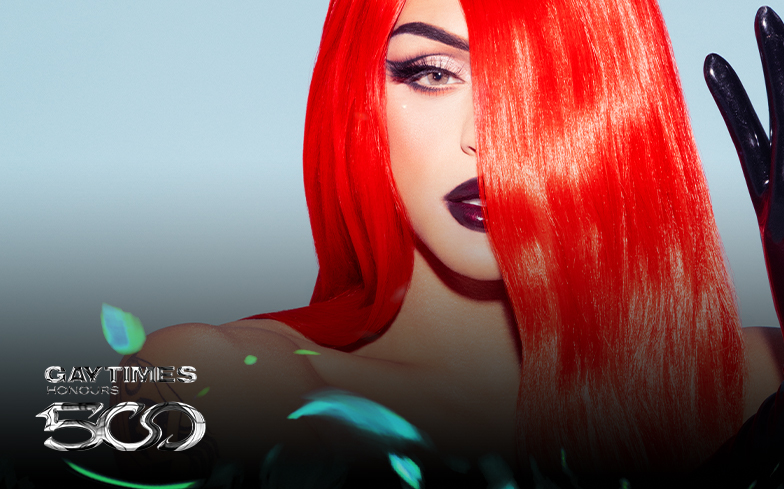 Pabllo Vittar has been recognised with the GAY TIMES Honour for Drag Hero.

On Thursday (21 November) night, the world-renowned drag artist appeared at the GAY TIMES Honours 500 ceremony, which honours queer people and their allies who have had a profound impact on the community over the last 12 months.

In a country that has an openly homophobic president and the highest-recorded murder rate of LGBTQ people in the world, Pabllo Vittar stands as a beacon of hope for Brazil’s queer community. Through hard work and determination, she’s garnered the largest social media following of any drag queen in the world, received over one billion views on YouTube, and became the first drag artist to win an MTV Award at the European Music Awards this year.

Pabllo’s success as an out-and-proud queer artist alone is moving mountains for LGBTQ equality, but she’s using her voice for good, too. During an electric performance at the 2018 Multishow Brazilian Music Awards, she shouted “Ele Não” (“Not Him”), a viral slogan and hashtag that’s been used to show opposition to Brazil’s anti-LGBTQ leader Jair Bolsonaro, and she’s performed at Pride events around the world, including New York City’s epic Stonewall 50th anniversary celebrations earlier this year.

Perhaps most importantly, Pabllo is concrete proof of the mainstream potential for drag queens. She’s gained the respect of many in the industry, including super-producer Diplo and fellow pop stars Anitta and Fergie. She released her first English-language single, Flash Pose, this year with a feature from Charli XCX. Pabllo has bridged the gap between drag, which has historically been an underground art form, and mainstream music.

“I don’t know how many times the answer was ‘no’, we could see the discrimination in their eyes,” she says of her journey to success in the industry. “In Brazil, the art of drag was always something to be kept in the shadows of small clubs and not in mainstream media, so every ‘yes’ we got was a victory. And it’s not just me, there were a lot of LGBTQ artists who broke that barrier, and now we are everywhere. We’re no longer going to hide in the shadows.”