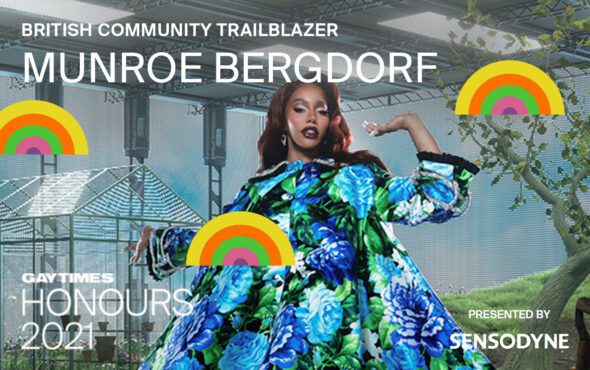 Munroe Bergdorf has been named the recipient of this year’s GAY TIMES Honour for British Community Trailblazer presented by Sensodyne.

Ellie Goulding announced Munroe’s win in front of an audience full of LGBTQ+ community members and allies on 19 November at Magazine London in the heart of the capital.

Whether it’s taking a stand against systemic racism or advocating for transgender equality, Munroe has consistently used her platform for good.

She has become one of Britain’s most distinctive activists in doing so, making her this year’s rightful winner of the British Community Trailblazer GAY TIMES Honour.

“Sensodyne is very proud to partner with GAY TIMES to present the honour for British Community Trailblazer 2021,” a Sensodyne spokesperson said. “Congratulations to Munroe, we are thrilled for you!”