Munroe Bergdorf covers GAY TIMES: “I don’t want to live in a world where trans people are afraid” 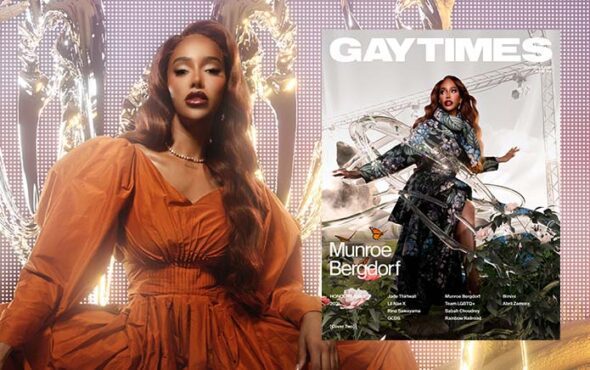 Munroe Bergdorf is taking home a GAY TIMES Honour to recognise her incredible contributions to the LGBTQ+ community!

A pioneer of LGBTQ+ visibility and inclusivity, Munroe Bergdorf is activism in action. The model has dedicated years of her life to platform causes, events, and charities geared towards helping those around her.

Whether it’s fronting a national campaign or making a name for herself online, the presenter has paved the way as a leading figure discussing trans issues and racism in the UK.

Munroe has dedicated a past chunk of her life to furthering a single cause: her activism. “I see activism as a machine with different components and functions. They’re all valid, but without one small component, the whole thing doesn’t work,” she analogises. This figurative addressal may seem like a sharp metaphor, but, in fact, it’s an active assessment of the current state of the LGBTQ+ community.

“We need to communicate with each other, rather than being fragmented. That’s the problem that we are facing as the LGBTQ+ community. Certain members of the LGB community are fragmenting and are not communicating with the rest, which means that it’s not equality and liberation for all,” Munroe emphasises in our GAY TIMES Honours 2021 issue.

“Instead, it’s equality and liberation for some with white supremacy. We need to make sure we’re going for equality, not assimilation with those in power.”

Now, alongside her advocacy for change, Bergdorf announced her debut book, Transitional: How to Live Your Authentic Life, as an ode to the community and to herself.

However, despite these milestone moments, the activist is determined not to be steered away from her political cause.

“You know, people always ask me what’s your favourite achievement, but I’m not doing this for the achievement. Yes, there’s been amazing moments. I never thought I’d have a Teen Vogue cover, a TIME magazine cover, or a GAY TIMES Magazine cover. Of course, these are all goals of mine, but I’m not doing this for validation. I’m doing it because this is the world that I want to see.”

In a firm, determined answer, the author continues: “I don’t want to live in a world where trans people are afraid to leave the house. I’ve been in that position.

Looking forwards, the star has no regrets about her moves in the industry or association with activism. “If my life were to end tomorrow, I will have been proud of everything that I’ve done. I don’t think that I could have done any more,” Munroe tells GAY TIMES.

Jade Thirlwall and Bimini will also be gracing the cover of our GAY TIMES Honours issue. You can read the issue now via the GAY TIMES app, Apple News+, Readly, and Flipster.