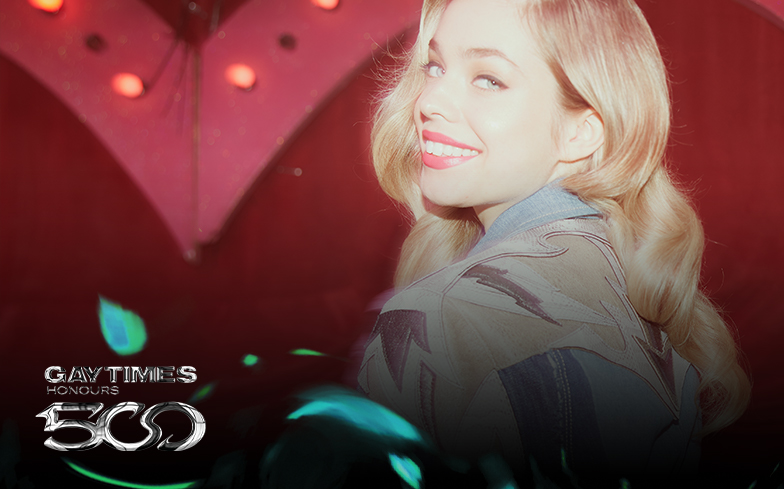 L Devine has been given the GAY TIMES Honour for Elevate Emerging Star in Music.

On Thursday (21 November) night, the British singer-songwriter appeared at the GAY TIMES Honours 500 ceremony, which honours queer people and their allies who have had a profound impact on the community over the last 12 months.

L Devine is among the charge of queer artists coming to the forefront whose tales of same-sex romance and heartache set to a backdrop of fresh pop production has won her a legion of fans.

Her two sold-out headline shows in London this year were packed full of young music fans clinging onto every lyric, bouncing to every beat, and generally idolising a future queer icon.

This year she also had her biggest hit in the form of Naked Alone, gaining significant support from Radio 1 and setting her on a trajectory to stardom. But it’s not only L Devine’s music that is refreshing; she is also no stranger to speaking her mind.

In a world of filtered Instagram posts and diluted personas, Olivia’s voice cuts through – particularly when she talks about being a female artist in a male-dominated music industry.

“If a 17-year-old girl is writing a song about her experiences, you don’t need another male writer who’s in his 30s who, just because he’s got hits under his belt…” she told us earlier this year.

It goes without saying that there’s a new generation of music fans out there now who crave authenticity. Young music fans aren’t stupid, they can smell a manufactured act a mile off.

“It’s cringey man,” L Devine adds. “There’s nothing worse than hearing some over-sexualised song sung by a teenage girl and then looking at the writing credits and it’s been written by a 40-year-old man.”

With her biggest headline tour scheduled for 2020 and even more new music on the way, L Devine is a queer talent in full control of her own narrative.