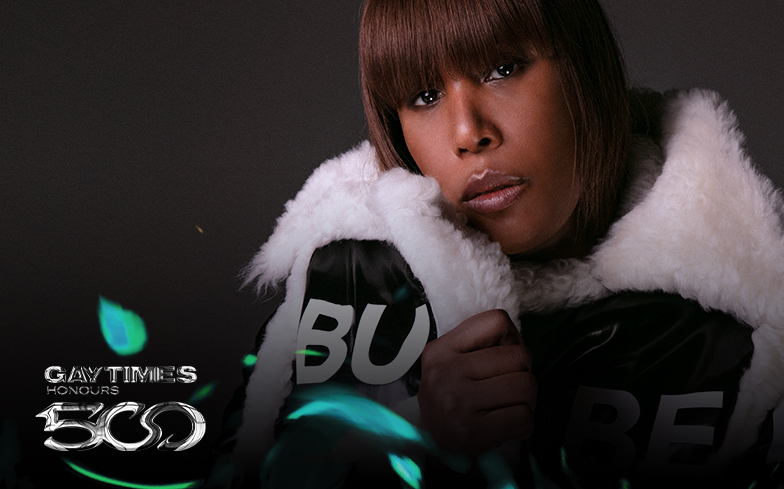 Honey Dijon has been given the GAY TIMES Honour for Outstanding Impact.

On Thursday (21 November) night, the world-renowned DJ appeared at the GAY TIMES Honours 500 ceremony, which honours queer people and their allies who have had a profound impact on the community over the last 12 months.

A self-described selector in the world of music and fashion, Honey first started her career in the 90s and quickly became famous for her cross-genre sets. But the level of success she enjoys now didn’t come overnight.

After more than a decade of playing clubs, Honey finally found herself as a globe-trotting superstar with her own headline shows and Comme Des Garçons-backed fashion line. “I just stuck around long enough for culture to turn,” she tells us.

“Everything I’ve manifested creatively has come from being a fan and loving it so much that I’ve willed myself into these rooms with these people.”

Those people include the likes of Naomi Campbell, Dior creative director Kim Jones, and most recently Madonna, who personally asked Honey to remix her song I Don’t Search I Find.

While Honey doesn’t consider herself an activist, she is acutely aware that as a trans woman of colour working in the white male-dominated world of dance music, her very success challenges the status quo.