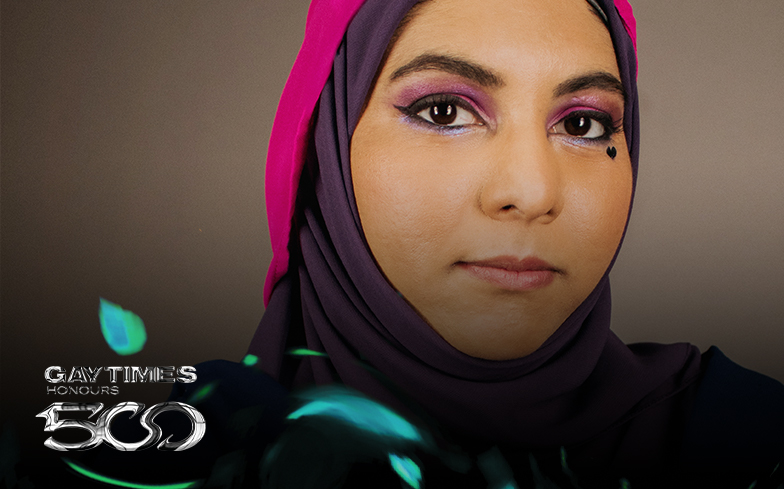 Hafsa Qureshi has been recognised with the GAY TIMES Honour for Amplifund Future Fighter.

On Thursday (21 November) night, the bisexual role model and activist appeared at the GAY TIMES Honours 500 ceremony, which honours queer people and their allies who have had a profound impact on the community over the last 12 months.

Living at the intersection of two identities – bisexual and Muslim – Hafsa has worked to inspire and educate people who have misconceptions of either or both of them. She has also found herself as a much-needed role model for those like her who have never seen themselves represented in that way before. “What I’ve learned is that anyone can be a role model, it’s the stepping forward that can be hard at first,” she says. “But representation alone can be transformative for so many people. I had no idea I could help others just by being out and proud.”

Hafsa previously held a position at the Ministry of Justice and worked with the department’s LGBTQ network Spirit to help organise events, speak on panels, and arrange an MOJ presence at Birmingham Pride. After being named Stonewall’s Bi Role Model of the Year 2019, Hafsa joined the LGBTQ charity to continue her advocacy work in fighting for true equality. “Living as a queer person is a form of activism,” she says. “You don’t need to be out to everyone. Self-care is vital in today’s political climate, and just being out to yourself and living authentically makes a huge difference.”

Hafsa is striving for a future where her identity isn’t politicised. “A bisexual Muslim will be as mundane as someone saying they have blue eyes,” she adds. She will also continue in her fight – and urge others to join her – to protect the trans community. “I hope that the relentless attack on the trans community will cease, and that more people step up as trans allies to support our trans siblings,” she says. “We are a queer community, and unity is our strength.”