Exclusive: Walt Disco talk music and their top queer moment of the year 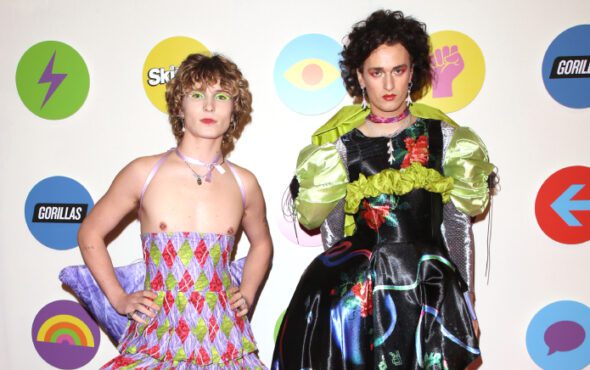 Speaking to GAY TIMES, Walt Disco opened about working with producer TAAHLIAH and discussed their favourite queer moment of the year.

As they walked the event’s pink carpet, the Glaswegian band revealed that they were most excited about Rina Sawayama’s headline performance and hoped that she would perform XS which – spoiler alert – she did!

The two then told GAY TIMES about their favourite queer moment of the year.

“Elliot Page coming out,” they said. “That was a lovely moment and really nice.”

Walt Disco also discussed how “lucky” they were to work with music producer TAAHLIAH.

“In Glasgow, there’s a producer who is called TAAHLIAH,” they explained. “We love TAAHLIAH, she’s amazing. We were really lucky to work with her as well – good times.”

The band, which is made up of James, Lewis, Finlay, Calum and Davefirst, first met in Glasgow at a house party during fresher’s week and have since released an array of music together including songs Macilent, Weightless and Selfish Lover.

“Musically, stuff like Ella Fitzgerald and Billie Holiday with their melodies and chords,” the band’s own James Potter previously told GAY TIMES of their inspirations.

“That romanticism and dreaminess that you get from those artists is unparalleled. We’re always striving for stuff like that. That might be a surprise influence that people don’t hear at first in our music, but I listen to their stuff all the time.”