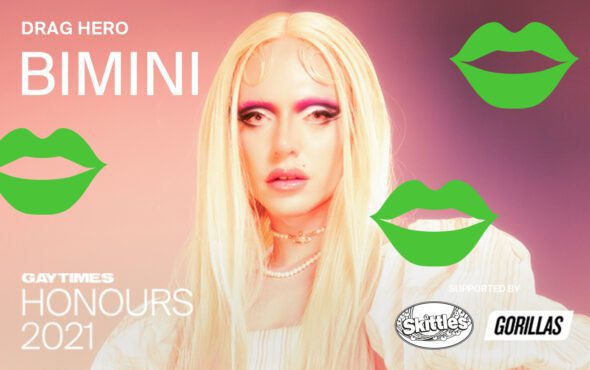 Bimini has been named the recipient of this year’s GAY TIMES Honour for Drag Hero.

Kim Petras announced Bimini’s win in front of an audience full of LGBTQ+ community members and allies on 19 November at Magazine London in the heart of the capital.

After springboarding their way from the runway of Drag Race UK to The Sunday Times Bestsellers List, there’s no doubt that Bimini is the rightful winner of the GAY TIMES Honour for Drag Hero.

At the age of just 28-years-old, they have crashed the cis-tem and quickly become one of the best-known drag artists in the UK in the process.