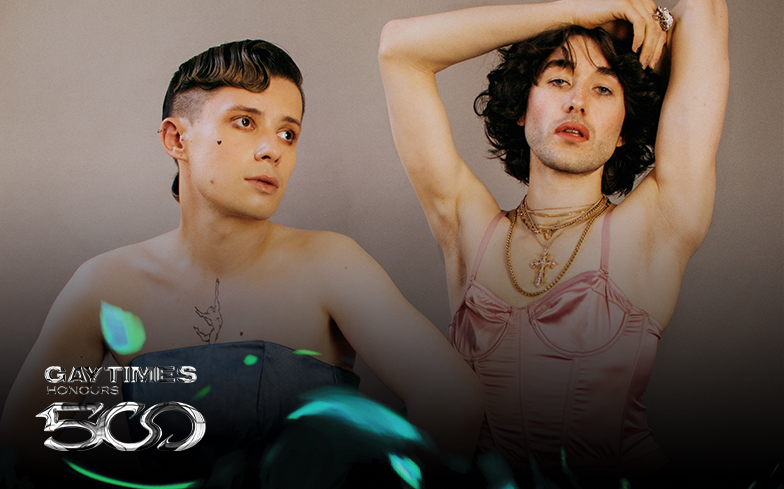 ART SCHOOL has been recognised with the GAY TIMES Honour for Fashion Fighter.

On Thursday (21 November) night, the fashion collective appeared at the GAY TIMES Honours 500 ceremony, which honours queer people and their allies who have had a profound impact on the community over the last 12 months.

“ART SCHOOL is a celebration of queer expression, reflective of so many corners of the world we’ve created in London and beyond”. Eden Loweth and Tom Barratt are the creative design duo ripping archaic gender labels apart. This refashioning sees the birth of their new inclusive philosophy, ‘a non-binary queer-luxury fashion label’.

Under the mentorship of Lulu Kennedy and FASHION EAST, the brand first debuted at London Fashion Week Men’s AW17. The presentation was ablaze with a host of queer characters, all hand cast from the duo’s eclectic mix of friends and loved ones. For Loweth and Barratt the queer community are ‘the very essence of our brand since day one. These people have built ART SCHOOL, they inspire us, they’re our chosen family and they empower everything we do’. From there, the pair have been on unstoppable creative force, dressing the likes of Rihanna and Christina Aguilera, to being nominated for Emerging Talent Menswear at The Fashion Awards, this past December 2018.

“The breaking down of gendered stereotypes is vital if we are to truly exist in a modern society reflective of everyone. This movement that’s begun is really unstoppable and it’s up to every one of us across industries to embrace it.” Loweth and Barratt simply exemplify the future of queer fashion.