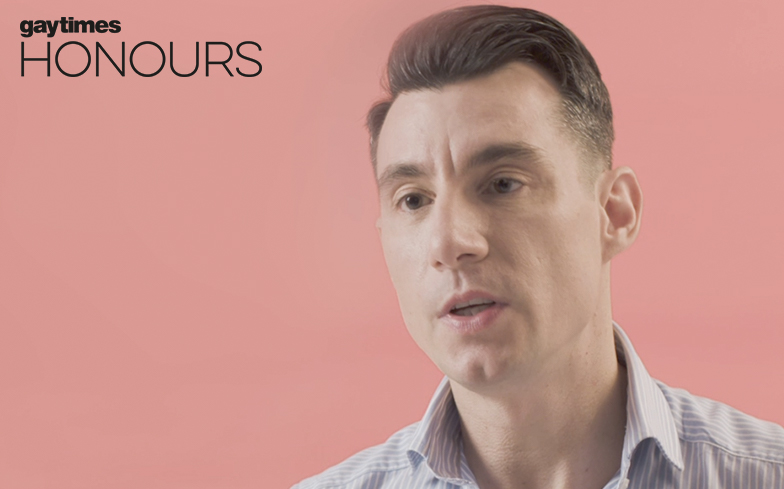 Anthony Watson is the recipient of the Gary Frisch Gay Times Honour: Entrepreneurship.

Anthony Watson is a banking and technology entrepreneur who sits on the board of GLAAD, and who donates at least forty percent of his professional time to supporting charitable organisations and marginalised communities around the world.

“If someone could give me a pill tomorrow and say ‘this will make you straight’, I wouldn’t take it in a million years. I love the fact I’m gay; I love our community,” Anthony explains.

“I have achieved so much because of our community. I’ve had support from people that I would never have interacted with in any shape or form, so I absolutely believe that being gay, identify as being gay in a positive way, has propelled me in ways that just wouldn’t have happened.

“I love the fact I’m gay and wouldn’t change it for the world!”

Anthony was honoured at the National Portrait Gallery during the inaugural event on 18 November, introduced to the stage by Rob Curtis – managing director at Gaydar.

Gary Frisch – whom the Honour is named after – was the founder of Gaydar, a website that would go on to connect 3.5 million users in 23 countries and pave the way for a myriad dating services globally.