Tiffany Haddish expresses love for the LGBTQ+ community: “In my past life I was a gay man” 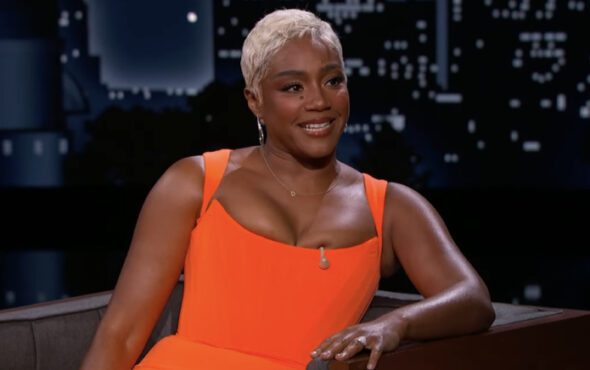 Comedian Tiffany Haddish has expressed her love for the LGBTQ+ community in a brand new interview.

During her sit down with Out, the Girls Trip star expressed her love for her queer fans, stating: “Tiffany loves the gays, okay.

“You know, I love to say this, people laugh at me when I say it, but I know I’m telling the truth. In my past life, I was a gay man.”

Haddish went on to explain that she spoke to God in a past life and requested to be brought back as a “beautiful woman” that can get “all the d*** that she wants.”

“Then he sent me back, and then I like get in this body, and I’m like ‘so I’m a gay man trapped inside of a Black woman’s body,’” she explained.

Elsewhere in the interview, Haddish opened up about working with Star Wars star Oscar Isaac.

“It was really cool working with him. I learned so much about quietness. About how you can say something and be very still and convey everything you need to convey,” she said.

“I’m so used to being, like, ya-ta-ta and but you don’t have to do all that to get your point across, to bring some joy into something or anger or whatever.

“You can be really still. That was a really great lesson to learn and to learn from him is an honor.”

In regards to her own performance, Haddish revealed that she enjoyed taking on a more dramatic role.

“Well, it’s always good when I get to flex the drama muscle. And get to be, you know, not have to be big, not have to be anything more than what I am naturally,” she explained.

“You know, and even turning that down a little bit, you know, is really awesome to do. And it’s way easier than doing comedy.

“I was making it very complicated at first for myself cause I was still in a comedy mind frame and then I had to realize… This is not a jokey joke movie.”

Over the years, Haddish has been open about her support for the LGBTQ+ community.

In a 2020 interview with Out, the Emmy winner discussed her love for gay bars and connecting with her fans.

“You know when I walk into a gay bar it is a wonderful experience for me. That’s the one place where every man wants to buy me a drink and tell me about some shit,” she said.

“‘Bitch let me tell you’ and I’m like, ‘Yes tell me!’ But I need a vodka first. ‘Oh no problem’ and then we’re drinking, we’re laughing, we’re having a great time.”