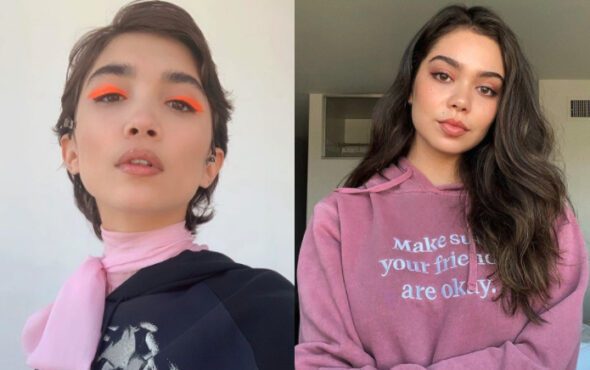 The coming-of-age movie is set to follow Paige, an aspiring young artist who joins her high school track team. After initially joining to woo a long time crush, she soon starts to fall for an unexpected teammate and finds out what true love is all about.

According to a report from Variety, Blanchard will be playing Paige in the film, while Cravalho will be portraying the evasive track star AJ, who is constantly living in the shadow of her twin sister.

After the casting news went public, Cravalho took to Instagram to express her excitement, stating “Frick yeah baby!” alongside a rainbow emoji.

Kristen King, who co-wrote the film with Casey Rackham, also took to social media to welcome the two actresses to the project.

“Written, directed, and starring queer people. We love to see it. Stoked to see these two bring our film to life,” she exclaimed.

Unlike many LGBTQ+ films that revolve around the ups and downs of coming out, the film has been penned as a different kind of queer movie.

Hulu’s Love, Victor has officially been renewed for season 3

In a statement, Cohen described the upcoming project as a “fresh take” on LGBTQ+ stories.

“It’s exciting to be making a movie that’s full of queer characters where the story isn’t about coming out,” she explained.

“I love a coming out story, I have one myself. But this is a new kind of comedy and a fresh take on how we tell stories about queer kids in high school. I needed this movie as a kid. It means so much to me to be making it now.”

Natasha Lyonne and Maya Rudolph and their company Animal Pictures are set to produce the queer romantic comedy.

Britta Rowings and Dan Balgoyen of the production company Depth and Field have also signed on to executive produce the project.