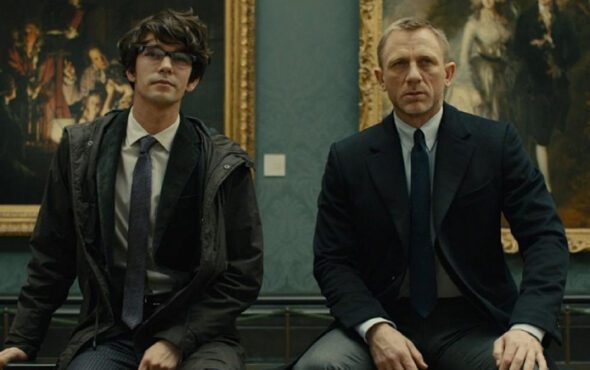 A short scene in the latest James Bond film appears to confirm that one of the franchise’s recurring characters is queer.

Whishaw, who is gay, first played Q (standing for Quartermaster) in 2012’s Skyfall after the beloved character was absent for a few of the franchise’s movies.

In No Time To Die, Q’s sexuality appears to finally be confirmed after years of speculation from fans.

During a scene at Q’s home, Bond and Eve Moneypenny (Naomie Harris) show up to ask for help in meeting Ernst Stavro Blofeld who is in prison.

Q is flustered by their arrival as he is in the middle of preparing a meal for his date, who is a man.

“He’ll be here in 20 minutes,” he tells Bond and Moneypenny as he explains why he can’t help them at that moment.

Although there is no information beyond this, it appears to at a minimum show that Q is a member of the LGBTQ+ community.

The James Bond films have previously come under fire for a lack of diversity, with Skyfall’s producer Barbara Broccoli previously claiming that the studio wanted a scene hinting at Bond being interested in men removed.

The scene in question sees Craig’s 007 being held hostage by Raoul Silva (Javier Bardem) as the villain caresses Bond’s chest and thigh.

“You’re trying to remember your training now. What’s the regulation to cover this? Well, first time for everything I guess,” Silva says to Bond.

The hero, seemingly unbothered, responds: “What makes you think this is my first time?”

According to Broccoli, the interaction was almost axed from the 2012 film.

“I remember we were told to cut that line by the studio and we said, ‘No, no, no.’ We resisted,” Broccoli revealed in the new Apple TV+ documentary Being James Bond.

She added: “The night of the premiere, that line, just the whole place rocked it then… I remember looking at the studio executive going, ‘See, told you.’”

No Time To Die is in cinemas now.