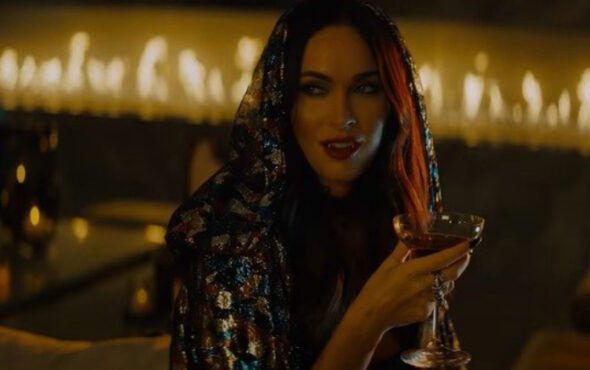 He is quickly caught in the middle of the power struggle between the city’s vampires and decides to team up with the girls in order to keep his life.

The trailer reveals that Fox is playing one of the bloodsuckers as she is shown smiling with sharp fangs before taking a sip from a martini glass filled with blood.

Production of the movie was halted in early-2020 as a result of the COVID-19 pandemic, with it resuming in September of the same year.

Adam Randall directed Night Teeth, with Brent Dillon writing the script for it.

Although Fox does not appear much in the trailer, fans are incredibly excited about her appearance.

The Jennifer’s Body star has landed a range of movie roles recently, including features in movies such as Think Like a Dog, Midnight in the Switchgrass and Big Gold Brick.

Fox recently revealed that she would love to play a superhero or villain in a Marvel or DC movie.

“I won’t lie, I do want to find a Marvel or a DC character that I’ve always wanted to play, and do one of those,” she told InStyle. “People hate on you as an actor for that because it doesn’t get you the big awards.”

“I don’t give a fuck. Give me an MTV award. I don’t need a fucking BAFTA,” she continued.

Night Teeth is set to be released on 20 October on Netflix.