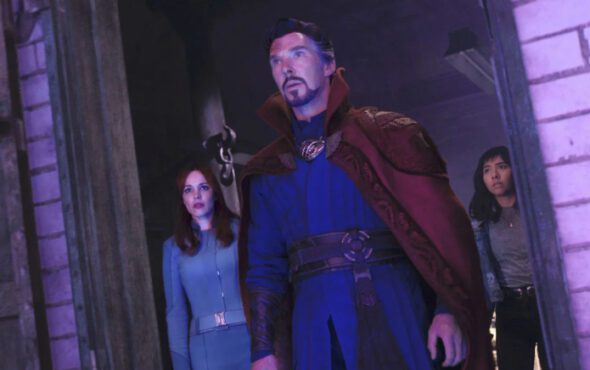 Marvel’s Doctor Strange in the Multiverse of Madness has been banned in Saudi Arabia for LGBTQ+ content.

Over the last few months, Marvel enthusiasts have eagerly been waiting for the arrival of the superhero film.

While movie-goers are looking forward to the continued exploration of the franchise’s expansive multiverse, queer fans are particularly excited for the inclusion of Marvel’s latest LGBTQ+ superhero America Chavez (Xochitl Gomez).

In the comics, America notably made history as Marvel’s first Latin-American LGBTQ+ character.

However, the film and its diverse cast will not be available to every MCU fan.

According to a report from Deadline, the release of Doctor Strange 2 has been pulled in Saudi Arabia due to its inclusion of the aforementioned LGBTQ+ superhero.

In many Middle Eastern regions, homosexuality is still criminalised and is even punishable by death in Saudi Arabia and Qatar.

Although the film hasn’t officially been banned, it has yet to receive a distribution certificate. Presale tickets for Doctor Strange 2 have also been pulled from cinema websites in Kuwait and Qatar.

This isn’t the first time Saudi Arabia and other Arab countries have banned a Marvel/Disney project for its LGBTQ+ content.

Last November, Eternals was banned due to the inclusion of the MCU’s first-ever gay superhero Phastos (Brian Tyree Henry).

According to The Hollywood Reporter, a number of “edits” were requested from cinema chains in the Gulf region to Disney, who were not willing to comply.

In 2020, a single line referencing a lesbian relationship in Pixar’s Onward also resulted in the title being banned from the conservative countries.

Aside from being excluded from the Gulf territories, Doctor Strange 2 is proving to be one of Marvel’s most highly-anticipated films of 2022.

An official synopsis for Multiverse of Madness reads: “After the events of Avengers: Endgame, Dr. Stephen Strange continues his research on the Time Stone. But an old friend-turned-enemy seeks to destroy every sorcerer on Earth, messing with Strange’s plan and also causing him to unleash an unspeakable evil.”

The film will directly reference the events of 2021’s WandaVision, which saw Wanda supernaturally hold a town hostage as she mourned the death of Vision (Paul Bettany), and Spider-Man: No Way Home, which saw the multiverse break after Strange used his magic to make Peter Parker’s (Tom Holland) identity a secret.

Doctor Strange in the Multiverse of Madness is set to be released on 6 May.

Watch the latest behind the scenes featurette here or below.