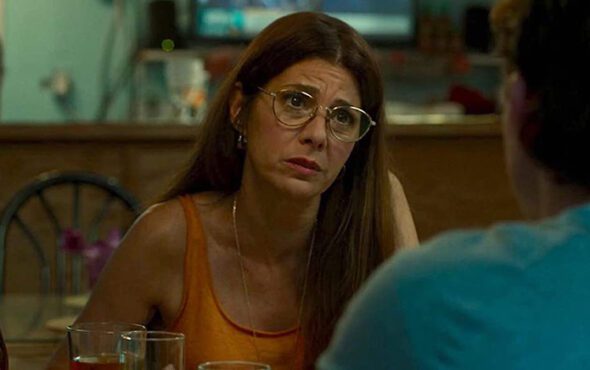 Marisa Tomei revealed that she wanted her Spider-Man: No Way Home character, Aunt May, to be in a lesbian relationship.

The Wild Thornberrys Movie star opened up about her role in the blockbuster film in an interview with Geeks of Color on 19 December.

“There was a moment, where I felt that May – maybe she should just be with a woman because Ben is gone,” she explained. “And who should she be with?”

The 57-year-old shared that she wanted Amy Pascal, one of Spider-Man: No Way Home’s producers, to play her lover in the movie.

Marisa continued: “And we were kind of talking about it. And so I actually really wanted Amy Pascal from Sony to be my girlfriend!”

The star was so keen for it to happen that she even suggested making it an unofficial plotline.

Despite her enthusiasm for it, her dreams for the character never came true.

“No one went for it at the time,” she revealed.

It has been rumoured for some time that the studio is developing a live-action film of Into the Spider-Verse (2018), which would unite Tom Holland on screen with his two predecessors, Andrew Garfield and Tobey McGuire.

According to We Got This Covered, the same source that reported Taskmaster would be the villain of Black Widow and that Disney Plus ordered a She-Hulk series, Sony want Garfield’s iteration to be bisexual and have a boyfriend.

In 2013, the British actor expressed desire for Spider-Man to be “into boys” and even had an actor in mind: Michael B. Jordan.

“Why can’t we discover that Peter is exploring his sexuality? It’s hardly even groundbreaking! So why can’t he be gay?” he said, before adding: “I’ve been obsessed with Michael B. Jordan since The Wire. He’s so charismatic and talented.”

Garfield continued to say that their pairing would be “even better” because “we’d have interracial bisexuality!”

Spider-Man: No Way Home is out now.