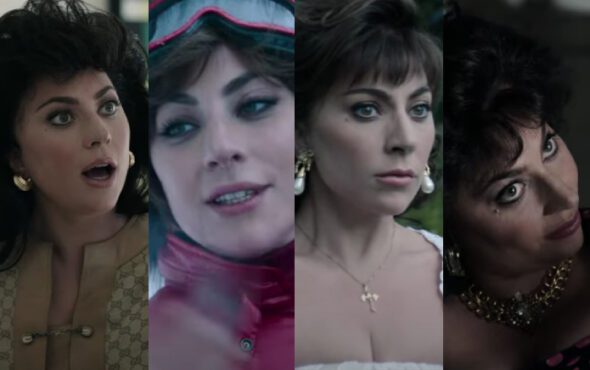 From Lady Gaga’s Italian accent to the murder mystery realness throughout, the second House of Gucci trailer is nothing if not camp.

The movie will see the Rain on Me singer portray Patrizia Reggiani in 1995 during the events and aftermath of the murder of Maurizio Gucci.

“I don’t consider myself a particularly ethical person,” Gaga says at the start of the trailer, “but I’m fair.”

This sets the tone for the rest of the preview, which serves glamour, suspense and drama at every turn.

Gaga first gave fans a sneak peek into the film on 29 July when she uploaded her character’s movie poster to social media.

She accompanied it with the Italian word “Stasera” – translated to “tonight” or “this evening” in English, implying that the poster is just the first in a series of promotional tools to promote the film.

House of Gucci will adapt the screenplay from Sara Gay Forden’s book, The House of Gucci: A Sensational Story of Murder, Madness, Glamour, and Greed.

Oscar-winning filmmaker Ridley Scott directs the film and produces with his wife Giannina Facio, who has also appeared in a majority of his productions as an actress.

The crime drama will mark Gaga’s first major film role since her big-screen debut in A Star is Born, which won her an Academy Award for Best Original Song for hit single Shallow and a nomination for Best Actress.

Alongside A Star is Born, Gaga had brief cameos in the films Machete Kills, Muppets Most Wanted and Sin City: A Dame To Kill For, and took the starring role as The Countess in Ryan Murphy’s hit TV series American Horror Story: Hotel.

House of Gucci is set to be released on 24 November.