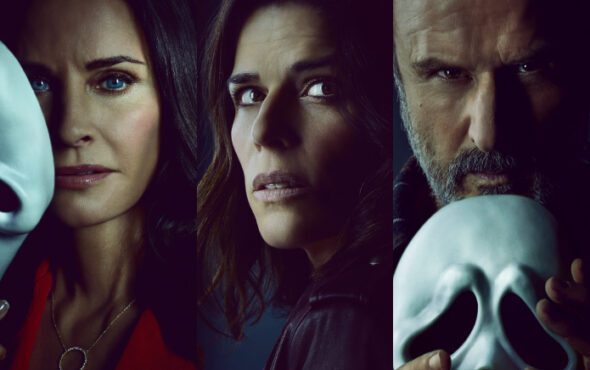 Kevin Williamson, the mastermind behind the legendary Scream franchise, has revealed that his experiences as a gay man inspired its storyline.

With 2021 marking the 25th anniversary of Scream’s original release and an upcoming fifth instalment mere weeks away, Kevin has opened up about what inspired the premise of the franchise.

The first four films follow Sidney Prescott (Neve Campbell) as she and the people around her are targeted by Ghostface – a crazed serial killer.

Sidney survived all four instalments after successfully facing off against Ghostface, securing her place as one of the best final girls in horror history and being a huge reason for Scream’s ongoing legacy and cult following.

Speaking to The Independent, Kevin said that the character’s strength was inspired by the queer trauma he experienced because of his sexuality.

“As a gay kid, I related to the final girl and to her struggle because it’s what one has to do to survive as a young gay kid, too,” he said. “You’re watching this girl survive the night and survive the trauma she’s enduring. Subconsciously, I think the Scream movies are coded in gay survival.”

Kevin further explained that the appearance of LGBTQ+ icons such as Sarah Michelle Gellar and Carrie Fisher in the franchise “just happened!”

One of the key factors contributing to Sidney’s ongoing survival is the fact that during each killing spree, she remains suspicious of everyone around her.

“One of the things I’ve wrestled with is trust, and Sidney trusted no one,” Kevin explained. “Did she really know her mother? Is her boyfriend who he says he is? In the end she wasn’t even trusting herself.”

Elsewhere in his interview, Kevin spilled the T on what it was like to make each of the films – including the infamous chaos of the script being rewritten on the day of shooting during its sequels.

“We had a wonderful time making Scream 2, but it was just fast,” he said. “Scream 3 was a product of me being busy.”

In 2011, more than a decade after the release of Scream 3, the franchise was rebooted with a brand new cast that stood alongside the franchise’s beloved trio of Sidney, Gale Weathers (Courteney Cox) and Dewey Riley (David Arquette) in what was supposed to be the beginning of a new trilogy.

“Scream 4…” Kevin said, followed by a sigh. “When you have a big successful franchise and money is on the line, it suddenly becomes a studio possession. They’re hands on, and it’s no longer your baby.”

Although the motive of the fourth film’s killer was conjured up by Kevin, a lot of its storyline was not – something which went on to become a contributing factor in his decision to be distant from the fifth Scream another decade later.

Kevin also explained that in a conversation with Wes Craven, the director of the first four movies, the two agreed it was “time to pass the baton”.

He said: “We were saying it’s maybe time to pass the baton, and have a younger, fresher writer who’s closer to a teenager write these stories.”