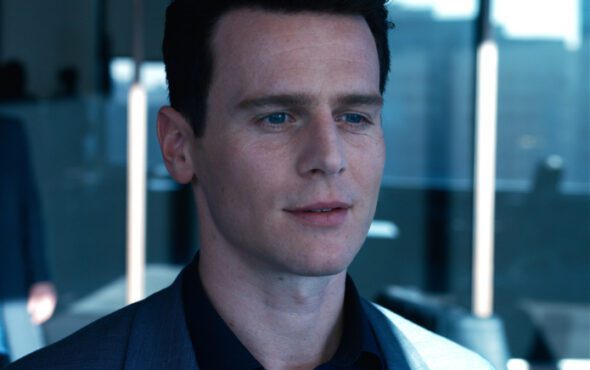 Jonathan Groff revealed that he thought he had “peed” himself after filming a scene with Keanu Reeves for The Matrix Resurrections.

The new film will serve as the fourth in the groundbreaking franchise, which generated over $3 billion in revenue after the release of the third instalment.

Jonathan stars as Agent Smith, taking over the role from Hugo Weaving.

In an interview with his co-stars for EW’s series, Around the Table, he revealed that he got a little over excited during his first action scene with Keanu.

“When it was over, I was like, ‘I think I wet my pants. I think I peed myself,'” Jonathan said.

He continued: “You know when you pee yourself you feel that, like, hot urine? … But then, it didn’t go away.”

“When you pee yourself, it’s hot for a second and then it gets cold, and so [the sensation] sustained.

“Then I thought one of the shells from the gun had come down my shirt, which they warn you might happen.”

He said the feeling lasted “for like 10 minutes” before it was clarified that he didn’t actually wet himself on set.

Jonathan Groff and Neil Patrick Harris recently sat down with GAY TIMES to discuss the new film. Watch the interview by clicking here.

The Matrix Resurrections is out now.