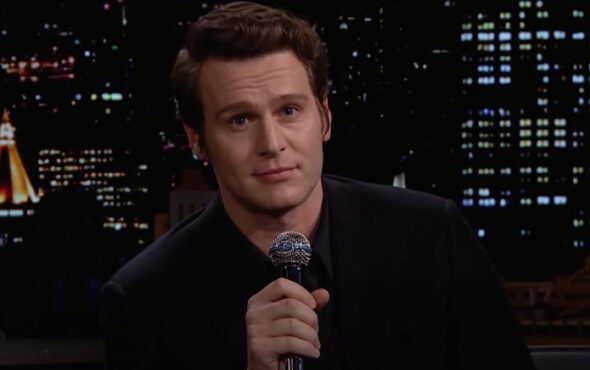 Jonathan Groff and the cast of Spring Awakening are headed to HBO Max in a new documentary.

If you were a musical theatre fan in the early 2000s, chances are you’ve heard of the coming-of-age rock musical.

Based on the German play of the same name, the Broadway show follows the lives of a group of teens living in late 19th century Germany. Within its multiple musical numbers, Spring Awakening touches on various topics, including sexuality, abortion and suicide.

Back in November, the original cast reunited to celebrate the show’s 15th anniversary in a one-night-only immersive concert for The Actors Fund.

Fortunately for die-hard fans, the aforementioned performance will be available for everyone via HBO Max’s upcoming documentary Spring Awakening: Those You’ve Known.

In the film, viewers will be treated to interviews featuring Groff and the rest of the talented cast and crew. It’s also set to feature never-before seen performance footage from the original 2006 run, candid photographs, and archival video.

Since the documentary’s announcement, some of the musical’s stars and creators have expressed their excitement about the project.

Taking to Twitter, lyricist and playwright Steven Sater said he was “grateful” for the experience.

“Staging our 15 yr Broadway Reunion Concert of Spring Awakening was the thrill of a lifetime… I couldn’t be more grateful,” he wrote.

Staging our 15 yr Broadway Reunion Concert of Spring Awakening was the thrill of a lifetime. On May 3rd @HBO will be airing THOSE YOU’VE KNOWN – an exclusive, look behind the scenes at the making of our original show and the staging of our concert. I couldn’t be more grateful.🙏 pic.twitter.com/x9Atq0Y7B2

In a recent interview with Jimmy Fallon, Groff echoed similar sentiments and gave insight into how the reunion came to be.

“Lauren Pritchard, who plays Ilse in Spring Awakening, called me January 2021 and said, ‘We need to do a reunion concert. It’s been 15 years since we’ve all gotten together. Let’s raise money for The Actors Fund,” he explained.

“In November 2021… we came together and we performed the show and it was so emotional and it meant so much to all of us and to the audience as well.”

Groff then revealed that the upcoming documentary is not only about the reunion but also the “legacy of Spring Awakening” and how theatre can change people’s lives.

When asked about his emotions while filming the special, Groff admitted that a massive amount of tears were shed.

“I saw the documentary, and it’s a little embarrassing how much I’m crying through the entire thing,” he joked.

“We all were just emotional wrecks, and it was so healing to come together after 15 years of being apart. We all weren’t quite who we were yet.”

Spring Awakening: Those You’ve Known is set to premiere on HBO and HBO Max on 3 May.