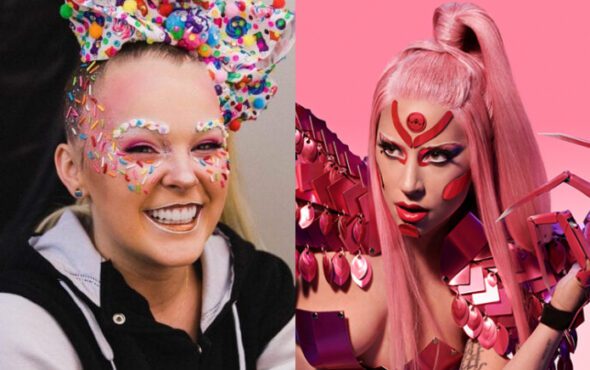 Sitting down with Variety, Siwa opened up about her acting career and revealed her dream roles for future projects.

“I want to do a movie kind of like The Greatest Showman. And I want to play a character in a musical,” she said.

“I think that playing a character in a musical – like Hugh Jackman played P.T. Barnum and Zendaya played the acrobat – that’s really cool.

“You know, I think that playing a character in a musical. And I love musical biopics.”

When asked about who she wanted to portray if she were cast in a biopic, the former Dance Moms star said Mother Monster without hesitation.

“Oh, I wanna be Lady Gaga. For sure. That’s number one,” she exclaimed.

Elsewhere in the interview, Siwa discussed how coming out has affected her career and her new Paramount+ project, The J Team.

“And onset, when there’s other gay people, it gives you an instant bond. It’s really cool. I’ve just been so happy. It just makes every day better than the last.”

Siwa has had a monumental 2021 so far and it’s looking to only get busier for the rising star.

Earlier this week, it was revealed that the 18-year-old will be featured on the 30th season of Dancing With The Stars.

She’s also set to be the first contestant to compete in the series’ first-ever same-sex partnership.

In a video to Twitter, Siwa shared her thoughts on her history-making appearance, stating she wants to “challenge stereotypes.”

“I thought that if I chose to dance with a girl on this show, it would break the stereotypical thing. It would be new, different and change for the better,” she explained.

“There’s going to be people who don’t like it, who think dancing on the show with another girl is wrong or weird. I don’t need those people in my life.

“Partnering with another girl will give other people around the world more courage to say, ‘It’s OK that I love somebody of the same sex.’”