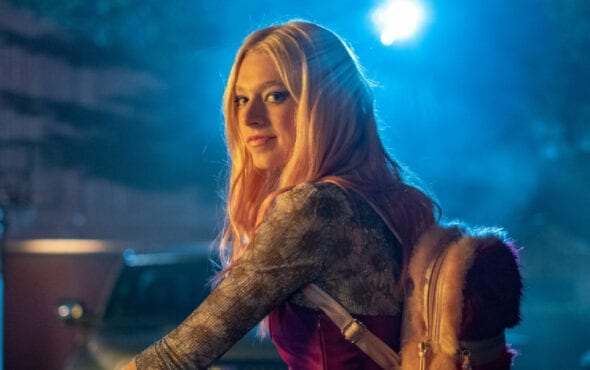 The new project, which will be helmed by Tilman Singer, is a follow up to the 2018 horror film Luz.

The acclaimed supernatural horror followed a cab driver who was on the run from a woman that was possessed by an ancient demon.

According to Deadline, details surrounding Schafer’s role – as well as the plot for the new film– are unknown but production is reportedly looking to start in April.

The upcoming film will be Schaffer’s first project outside of her groundbreaking role as Jules in the HBO series Euphoria.

Schafer, who is currently filming the show’s second season, collaborated with creator Sam Levinson for a Jules centred episode earlier this year.

Titled F*ck Anyone Who’s Not A Sea Blob – the special followed Jules as she reflected on her relationship with Rue, her mother’s addiction and her gender identity.

In an interview with IndieWire, Schafer opened up about Jules’ gender journey, stating: “She is still in a constant state of evolution with her gender and her sexuality and with herself.

“So even the idea of going off hormone blockers alludes to her curiosity of what being trans to her would mean outside of a hormone therapy that can be intended to make you fit into whichever cis side of the gender binary that you are trying to fix.”

The 22-year-old actress also opened up about her hopes and dreams for her character in the upcoming season.

“[I hope] this growth and interrogation of Jules… and what she wants and ultimately finding newer and healthier intimacies in her relationships, which I hope will be more queer and more healthy… [I hope] that will continue,” she said.

“That’s a really beautiful process and something I want to see more of on TV.

Check out the latest Euphoria trailer below.